28
To the beginning
Previous page
Records were made wherever and whenever possible – in dugouts, between the battles, on wallpaper, exercise books, office books…

Handwritten partisan journals were kept together with important documents. They contained facts and figures interspersed with stories about the daily grind, battles and heroes. Handmade 'books' were pepped up by pictures and unfailing sense of humor. They were circulated to raise morale. They were read to draw strength.
PAGE
Next page
KOMSOMOL UNIT
On the night of 8 April 1944 the Komsomol Unit of Minsk Brigade No.1 was preparing to take up their deployment positions. An assault group of 28 fighters crossed the Svisloch River at 3.30. The fighters made their way to the village and took up the positions to attack the enemy.

The partisans scrupulously planned this military operation for several days. Intelligence reported that Germans had been raiding the village of Pudetskaya Sloboda, Minsk Oblast for two weeks to loot and kill civilians. The Wehrmacht unit had two automatic cannons, lots of guns, other weapons and up to 70 fighters.

Later the command of Minsk Brigade No.1 would hail the heroism of the partisans in the intense battle in the village of Pudetskaya Sloboda. The fighters of the Komsomol Unit defeated the enemy and seized many good trophies, among them the legendary Oerlikon cannons.
Command of the Komsomol Unit, Minsk Brigade No.1 are working on the military operation plan
On the day of the military operation a group of fighters waited for the enemy till morning. Germans suddenly changed the route and went to the village cemetery. As it turned out later, a traitor warned the Germans that the partisans had come to the village. Thus, the operation was no longer a surprise attack for the enemy but the fighters continued waiting.

"The Germans placed a gun at a barn not far from the cemetery and launched artillery attacks on the forest. The partisans did not respond. After a short while, a second gun was seen on its way to the place where the partisan assault team was located. A minute after, the partisans heard 'action!'. 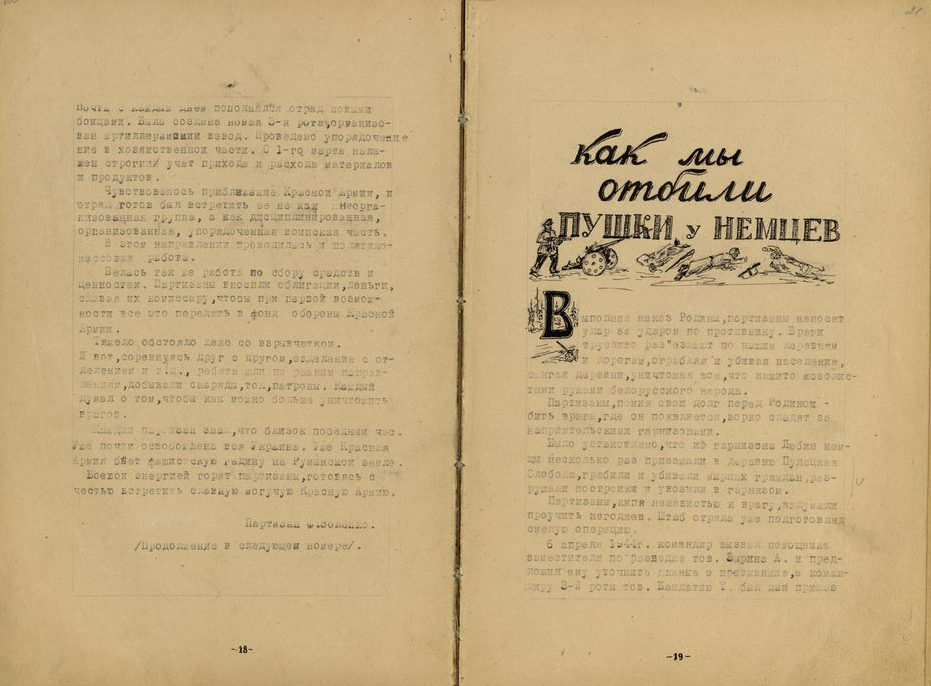 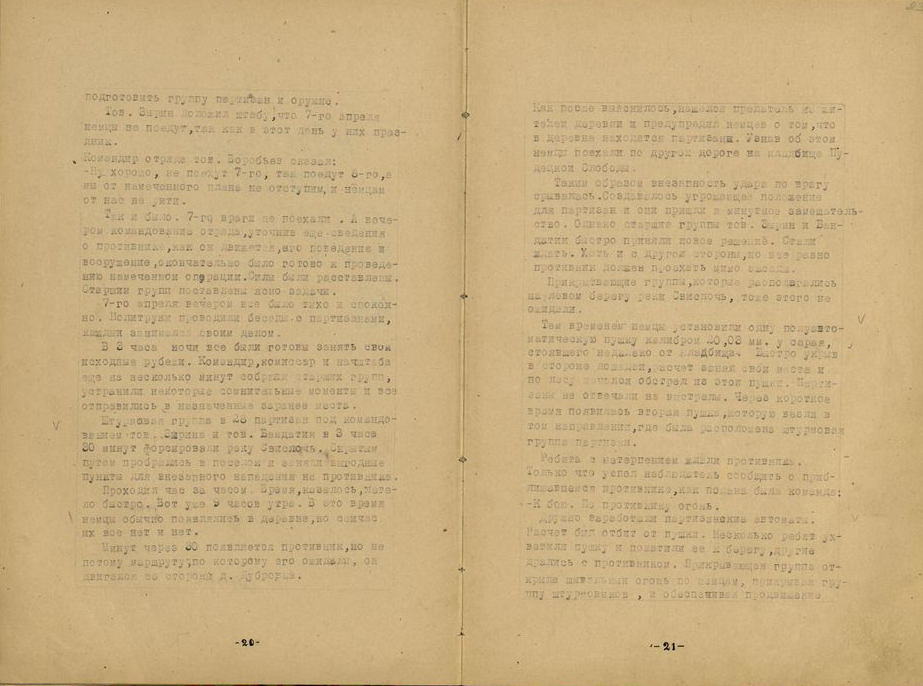 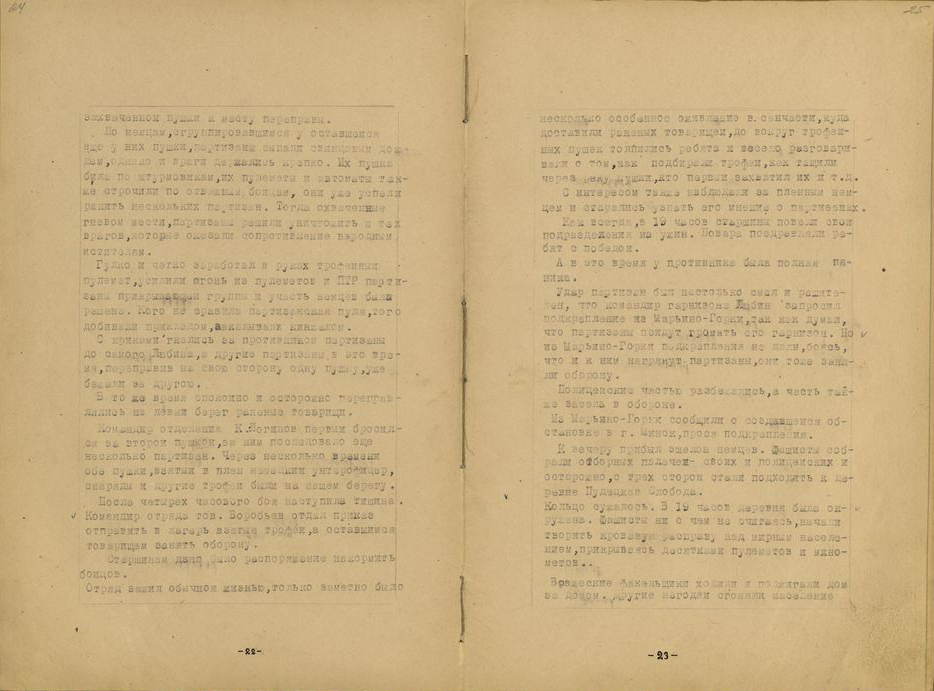 Excerpt from Komsomolskaya Iskra handwritten journal, Issue No.8, Komsomol Unit, Minsk Brigade No.1, April 1944
The assault group managed to seize one of the guns. Several fighters rolled it to the shore under heavy shellfire. The fierce fight lasted four hours. Separated from the big forest by the Svisloch River, the partisans managed to drive away the Nazis to Lubin where an enemy garrison was located.
Picture by partisan artist A. Volkov 'Fight for Guns' depicting the engagement
In that fight the partisans killed 9 Nazis, wounded another 12 and lost one of their best fighters – Mikhail Khonsky. "Misha led all the engagements. On that day he was also in the front. He vehemently smashed the enemy and died game," his comrades wrote in the handwritten journal.
For reference: Mikhail Khonsky was born in the village of Pudetskaya Sloboda in 1923. A Belarusian, member of the Komsomol, he joined the partisan unit on 17 July 1943. Took part in 17 combat operations. Nominated for a government award for his combat accomplished. Killed on 8 April 1944. 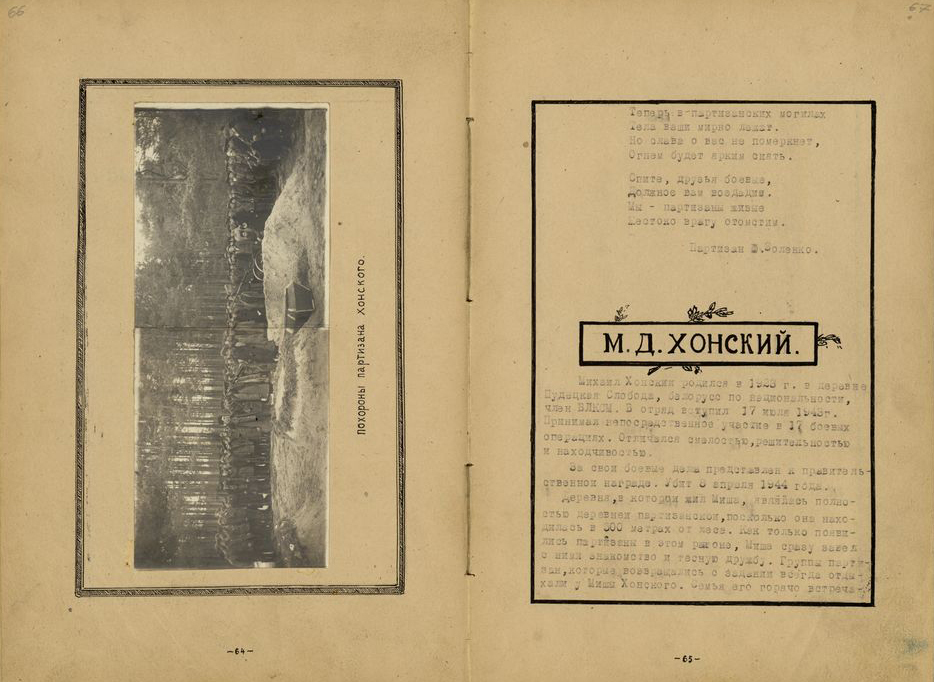 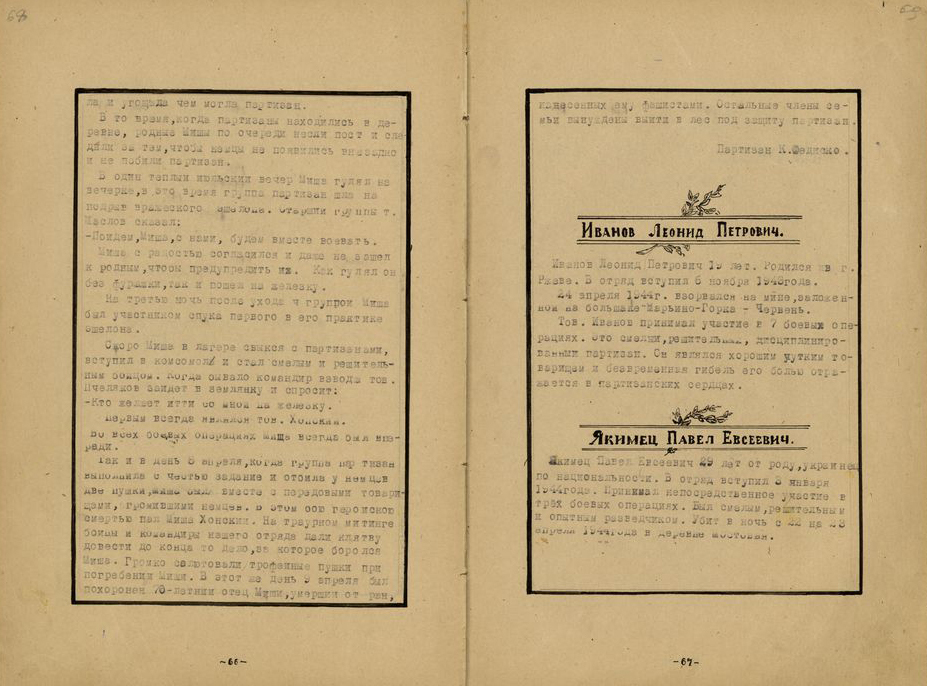 From the Komsomolskaya Iskra handwritten journal, Issue No.8:

"One NCO was captured as a result of a fierce skirmish. Trophies were also seized: two working semi-automatic cannons and a large number of shells for them, six rifles, one machine gun, and other kinds of military gear."

«ut two 20mm German Oerlikon cannons were the most precious trophy for the partisans. The air defense cannon is responsible for the largest share of downed aircraft. 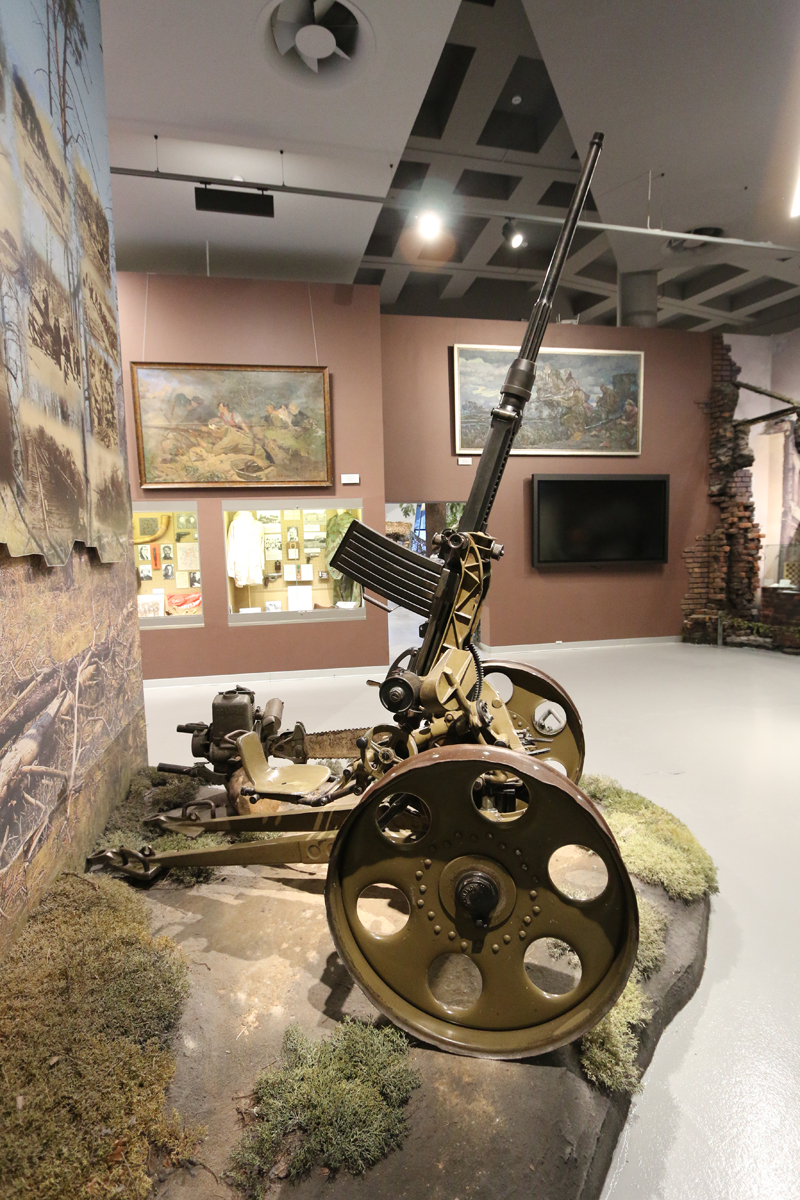 Making use of the know-how of the German engineer Reinhold Becker and the Swiss company SEMAG, designers of the Swiss company Oerlikon presented new quick-firing cannons in 1927. The new modification was designed by an Austrian engineer, a former Air Force pilot, an inventor and innovator Antoine Gazda.

Originally developed by Reinhold Becker, the cannon design was rather simple and turned out to be surprisingly serviceable. The cannon's mechanism was virtually impervious to grime and dirt. It was impossible to break the cannon. Even after firing long bursts it continued operating without delays. The cannon's barrel could be easily replaced in field conditions. The shells were fed from a box magazine with 15 rounds mounted on top. 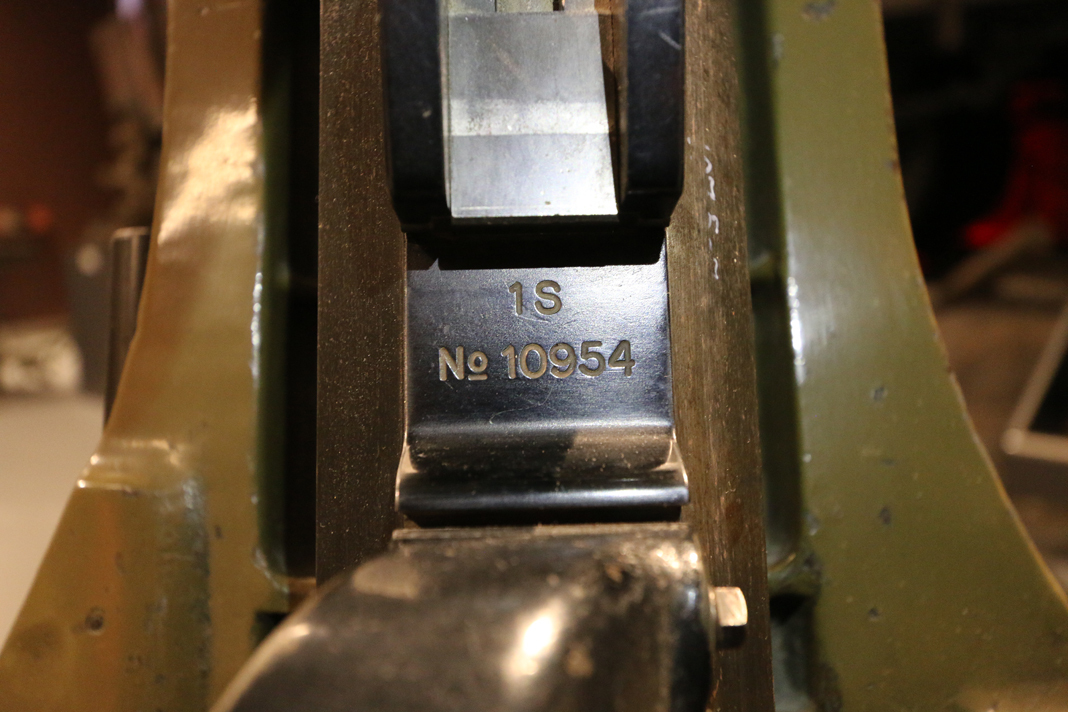 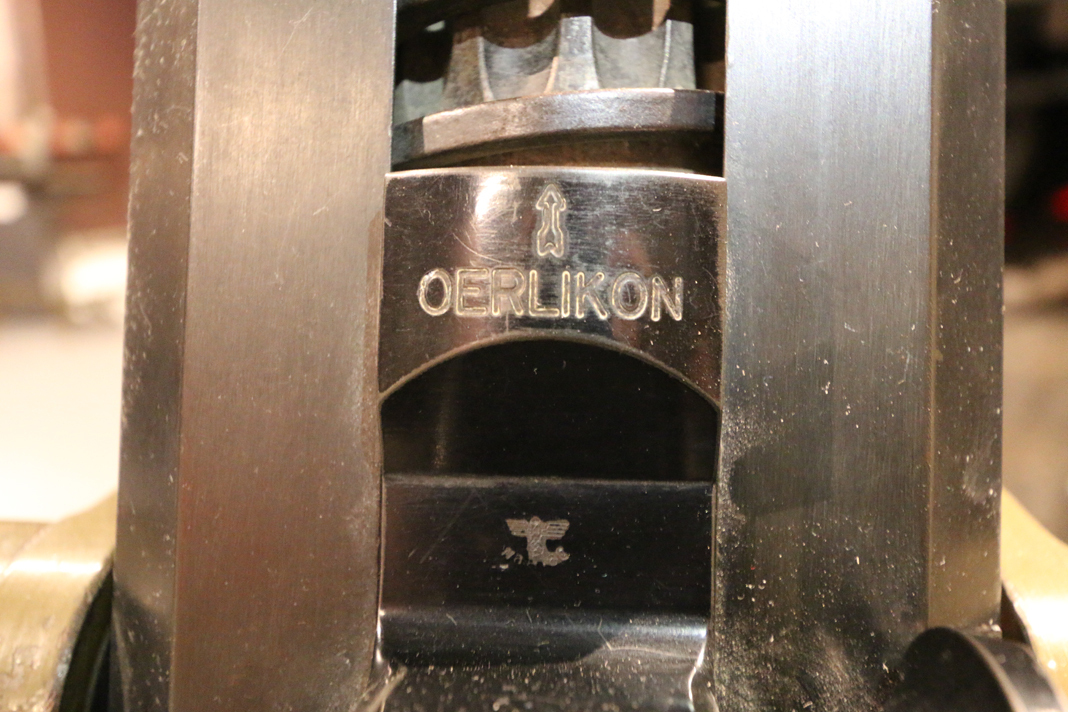 The partisans of the Komsomol Unit took advantage of the anti-aircraft cannons in their further combat operations. In 1960, one of the guns was transported to the Leningrad Artillery Museum (now the Military Historical Museum of Artillery, Engineers and Signal Corps in St. Petersburg). The second cannon is on display at the Belarusian State Museum of the Great Patriotic War History.
At the grave of Mikhail Khonsky partisans swore to take vengeance for the murder of the Belarusian people, for the death of the best soldier and comrade. The brave partisan was buried on 9 April. His 76-year-old father was buried on the same day. He died of the wounds inflicted on him by the Nazis in his native village of Pudetskaya Sloboda. .
Order on Minsk Brigade No.1 of 9 April 1944:

"On 8 April 1944 the Komsomol Unit conducted am important mission. Commander of the unit Comrade Vorobyov, Commissioner Comrade Morozov, and commander of the headquarters Comrade Ignatovich displayed exceptional courage and heroism in this battle.

To nominate the fighters, commanders and political instructors who excelled in the battle for the government awards."

Signed by Commander of Minsk Brigade No.1 E. Ivanov 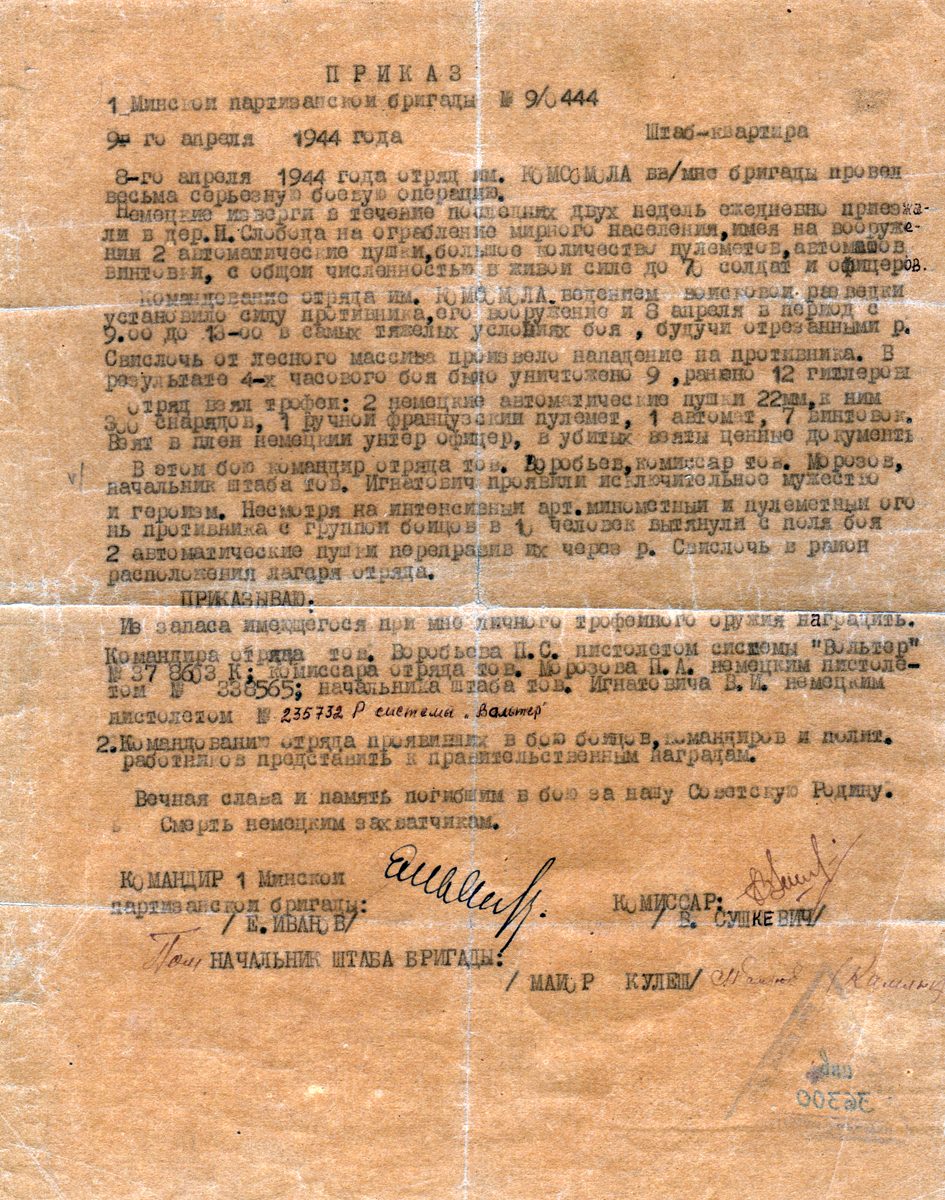