20
To the beginning
Previous page
Records were made wherever and whenever possible – in dugouts, between the battles, on wallpaper, exercise books, office books…

Handwritten partisan journals were kept together with important documents. They contained facts and figures interspersed with stories about the daily grind, battles and heroes. Handmade 'books' were pepped up by pictures and unfailing sense of humor. They were circulated to raise morale. They were read to draw strength.
PAGE
Next page
COMMANDER FYODOR YUDANOV
On 2 July 1941, when the German troops broke into Borisov, five Soviet people in civilian clothes joined the Red Army units. Together with the soldiers they left the village of Loshnitsa for the front...

Fyodor Yudanov, the chairman of the Loshnitsa Village Council, was among the volunteers. The brave five made it as far as Vitebsk. On the instructions of the Borisov District Communist Party Committee, Fyodor Yudanov and his comrades returned home. There they were told to act in the rear of the enemy as part of the underground movement. 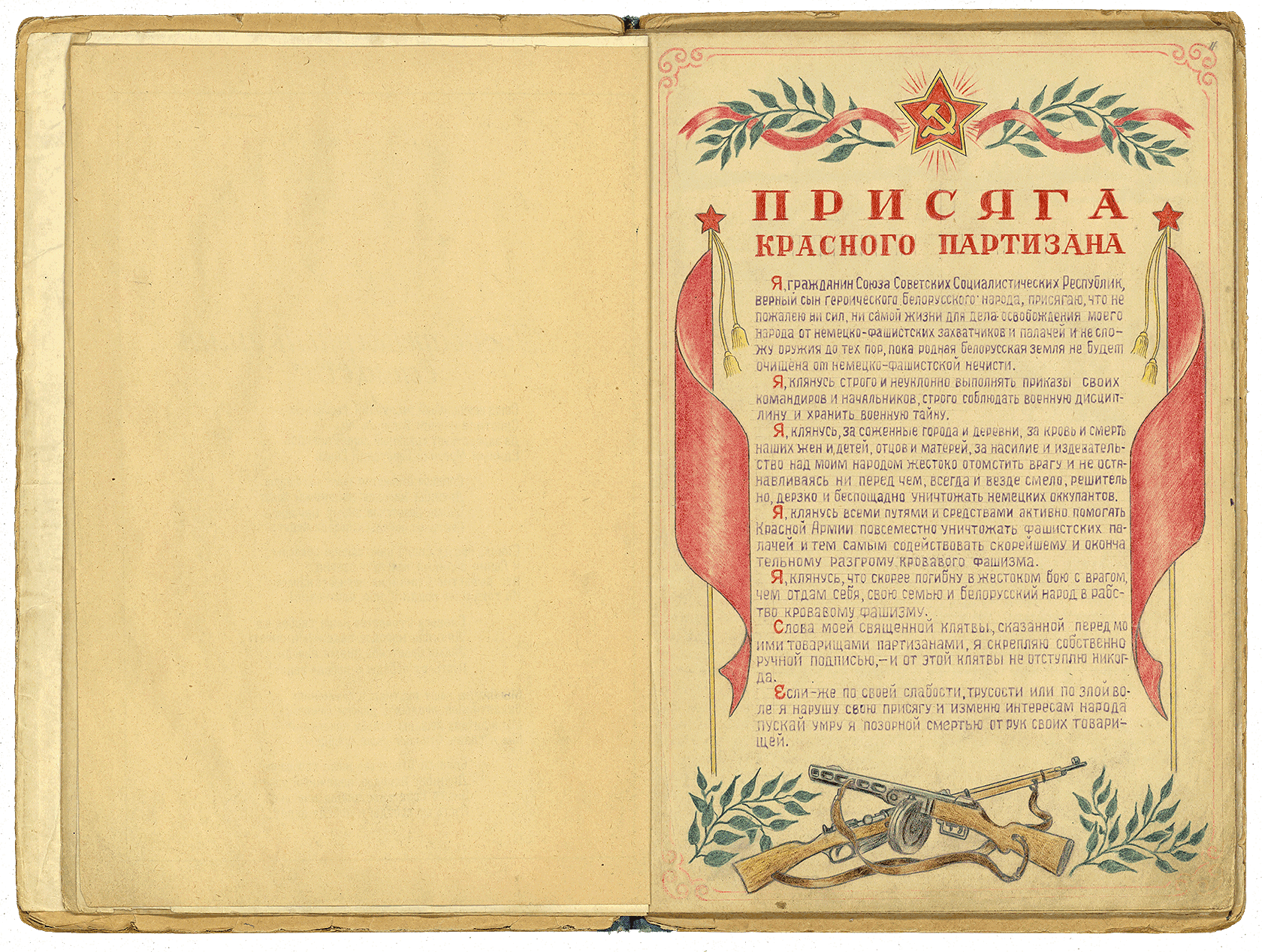 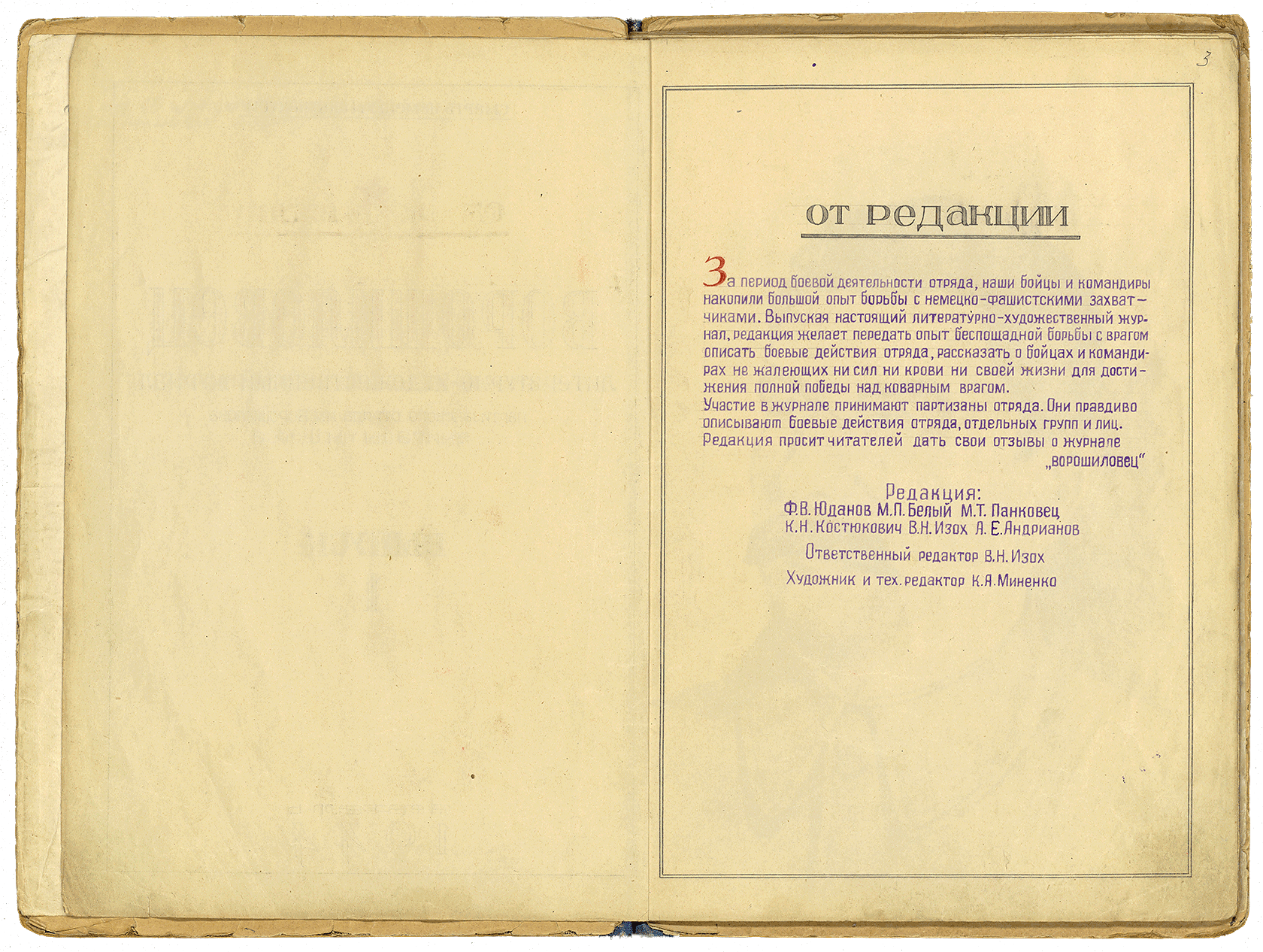 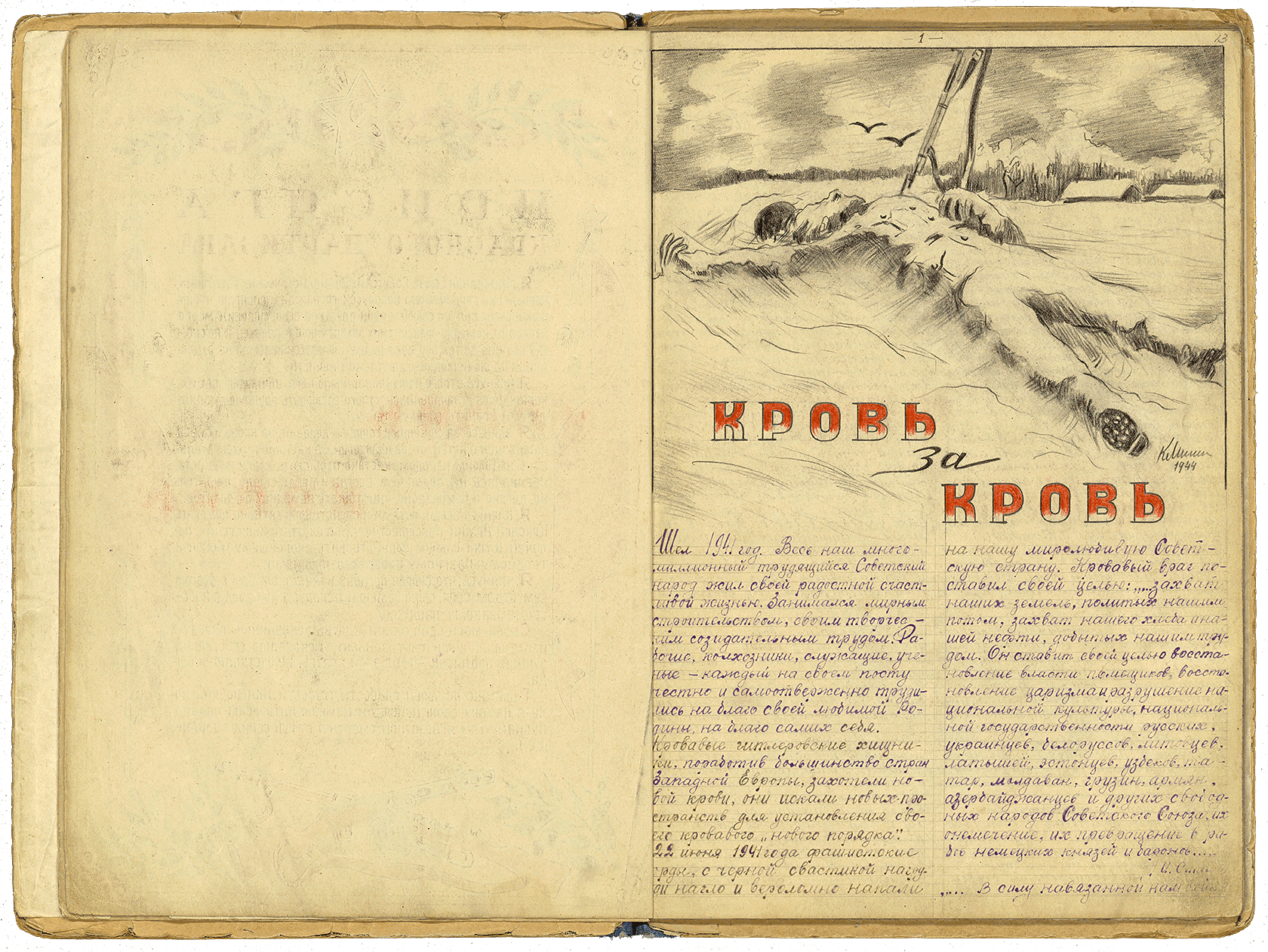 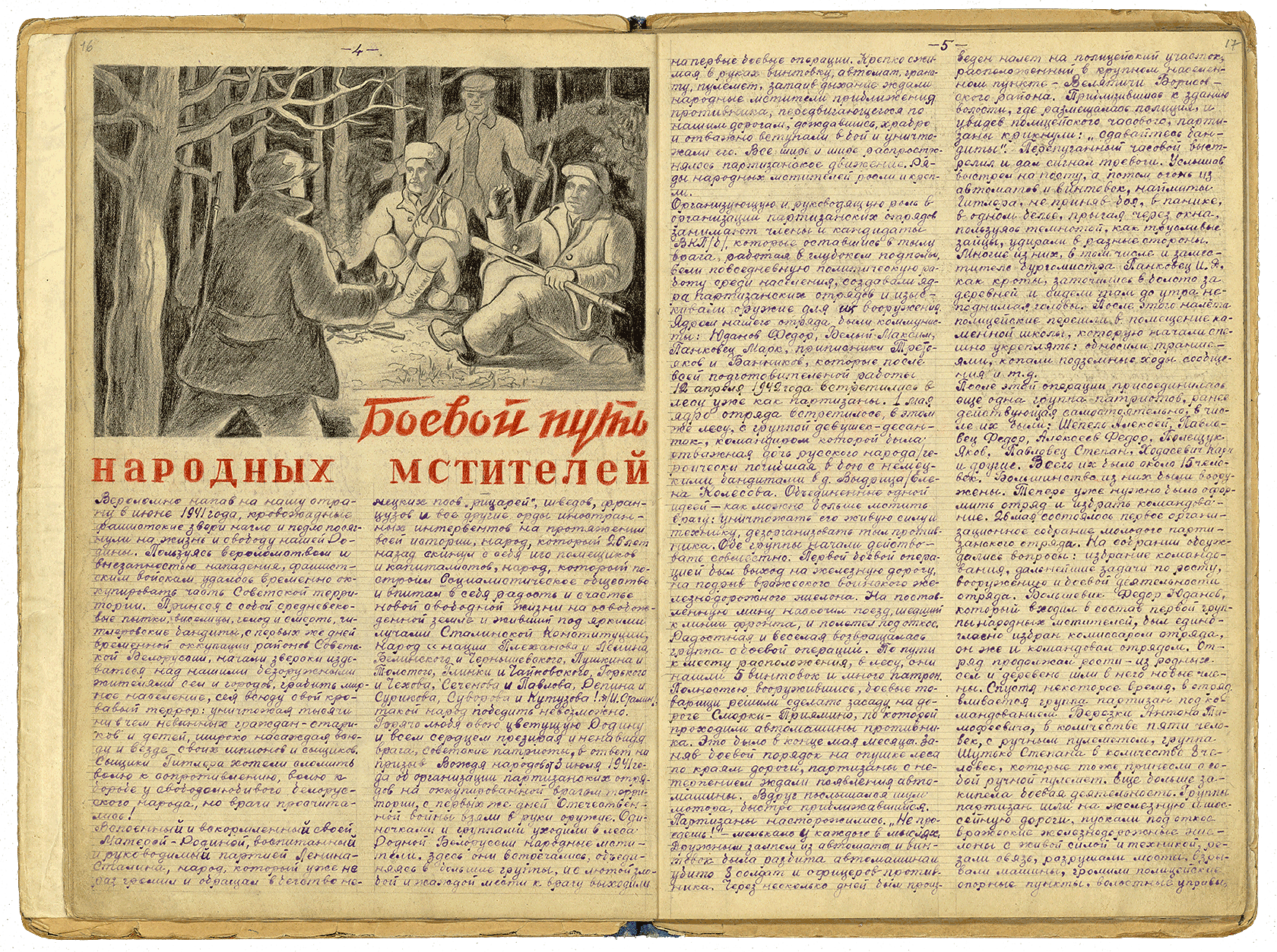 A new series of the Partisan Chronicles is dedicated to the Voroshilov unit of the Shchors Brigade acting in Minsk Oblast and one of his commanders Fyodor Yudanov. 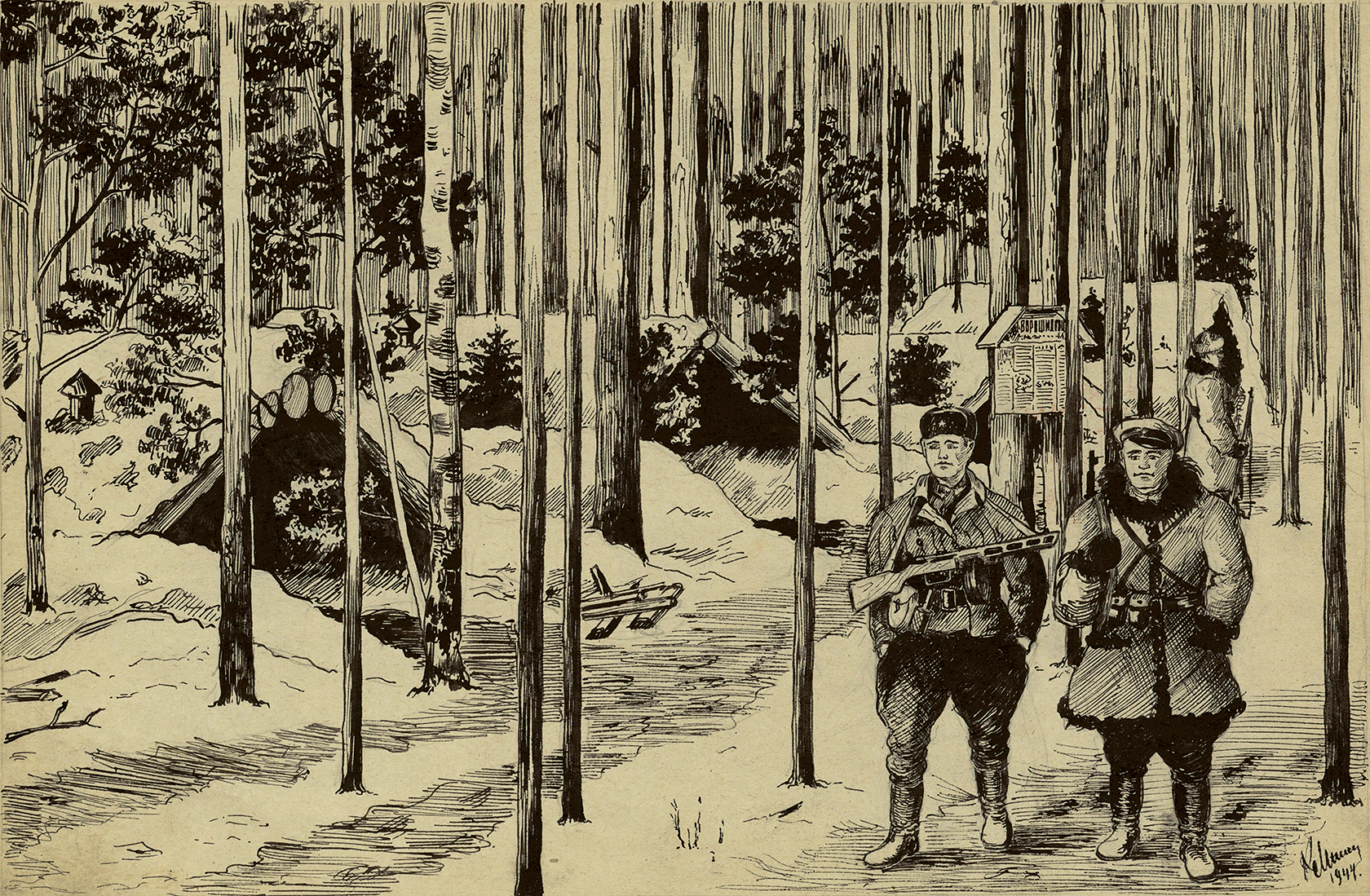 For reference: the unit was formed in June 1942. On 5 December, it was named after Marshal of the Soviet Union Kliment Voroshilov. Until February 1943 it acted independently, then as part of the Shchors Brigade.
Photo from the museum's archives
Borisov District's first partisan unit was formed in October 1941. It was led by Ivan Yarosh, while Fyodor Yudanov was enlisted there as a liaison and intelligence officer. He gathered information about the passing German troops, their weapons and numbers, enemy trains and other vehicles. In March 1942, the unit revealed traitors among its ranks. This was later recorded in the Voroshilovets literary and art journal, Issue No. 1, Voroshilov partisan unit, Shchors Brigade.
"The group was surrounded by a large punitive expedition. Heavily outnumbered by the enemy, the partisans engaged in a desperate battle. Part of the group and commander Ivan Yarosh were killed. As the further stay in that district was no longer safe, the survivors retreated and joined other partisan groups. Fyodor Yudanov returned to the village of Novoselki where he worked as a liaison person and trained the core of a new partisan unit." 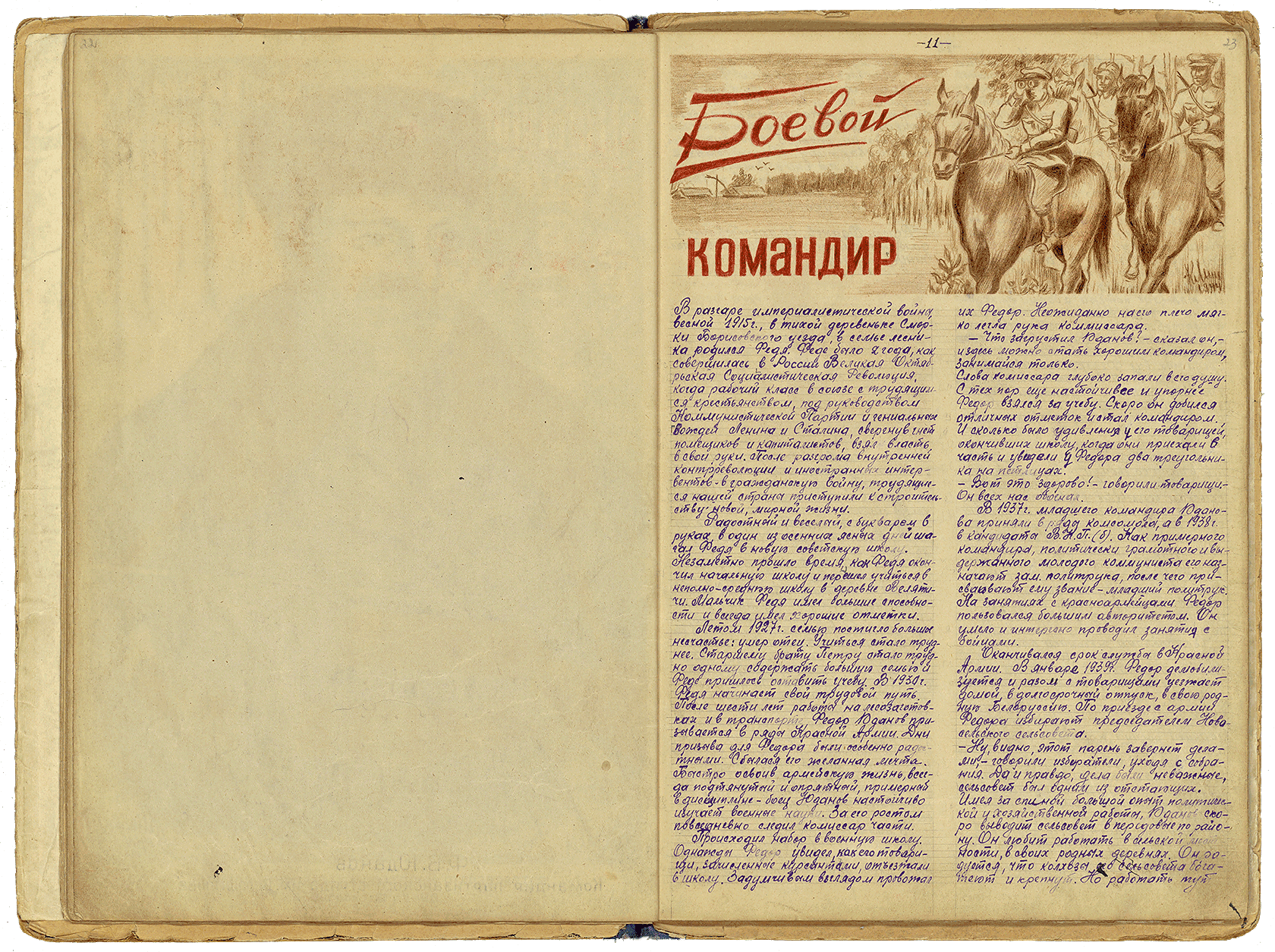 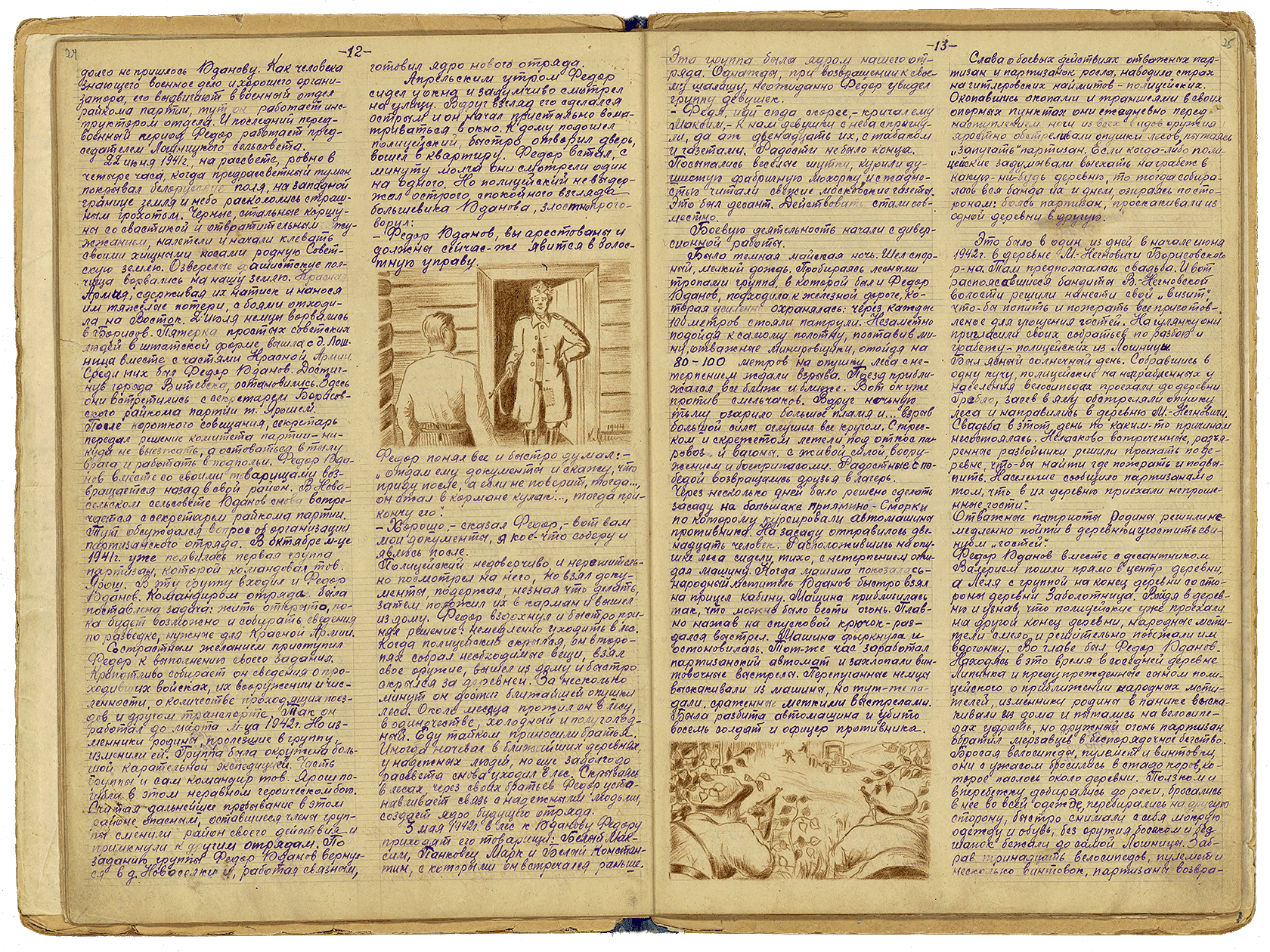 Photo from the museum's archives
The first meeting of the activists of the future partisan unit was held in the forest. Yudanov had to flee from the village to avoid being captured. The partisan unit consisting of residents of Borisov District and Krupki District was established in April 1942. In the summer it incorporated two landing teams. By the autumn the unit had about 100 people. Grigory Soroka was elected the commander, while Fyodor Yudanov became the commissar of the group. The unit would ambush enemy vehicles, derail trains and break out from encirclements.
"One of the biggest breakouts took place in October 1942. The enemy deployed a several thousand-strong force against partisans. Our partisan unit was encircled several times. We found ourselves in extremely tough conditions. We had no food, we spent hours knee-deep in water, we were exposed to rain and wind for days without having an opportunity to light a campfire." 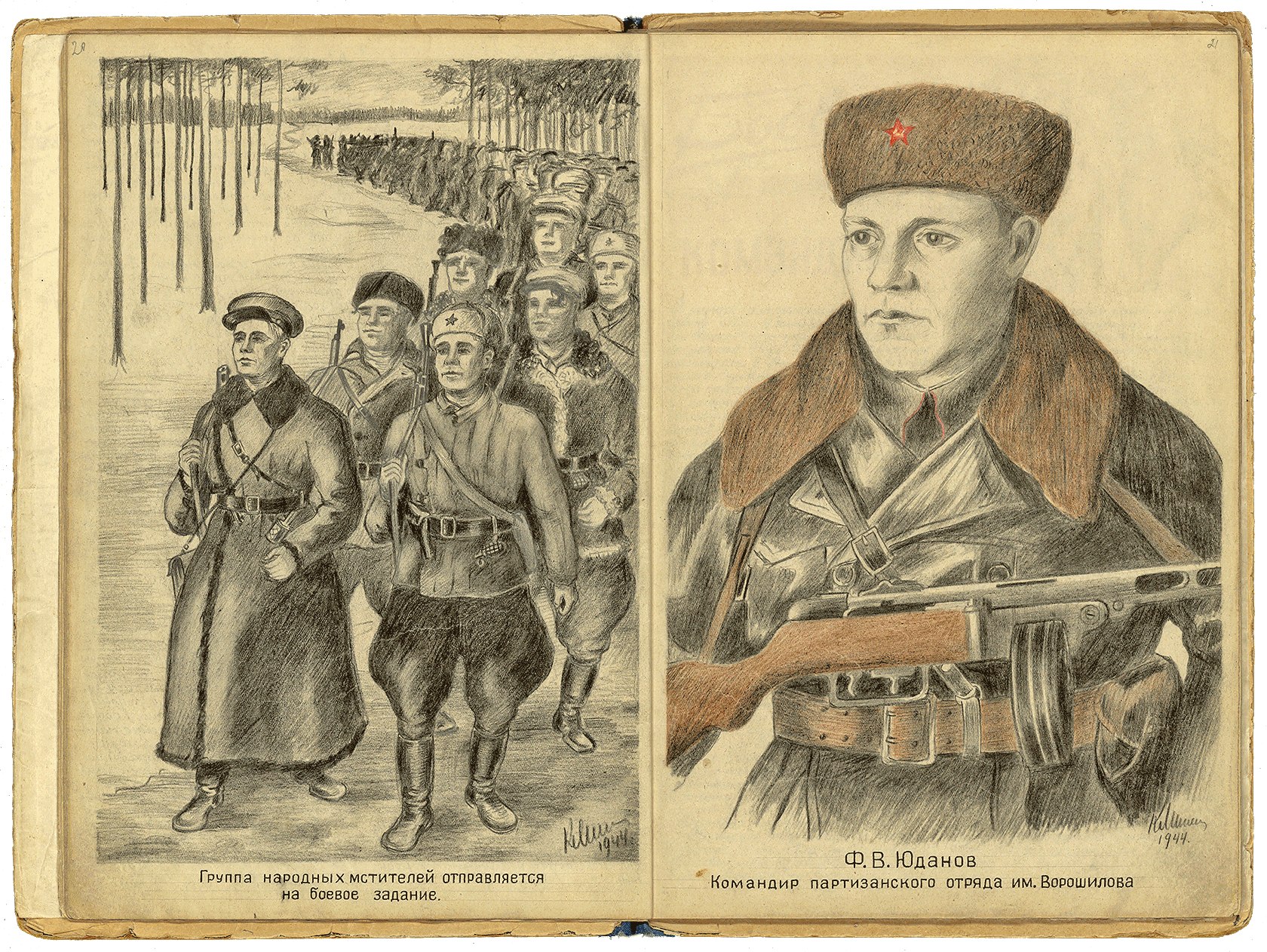 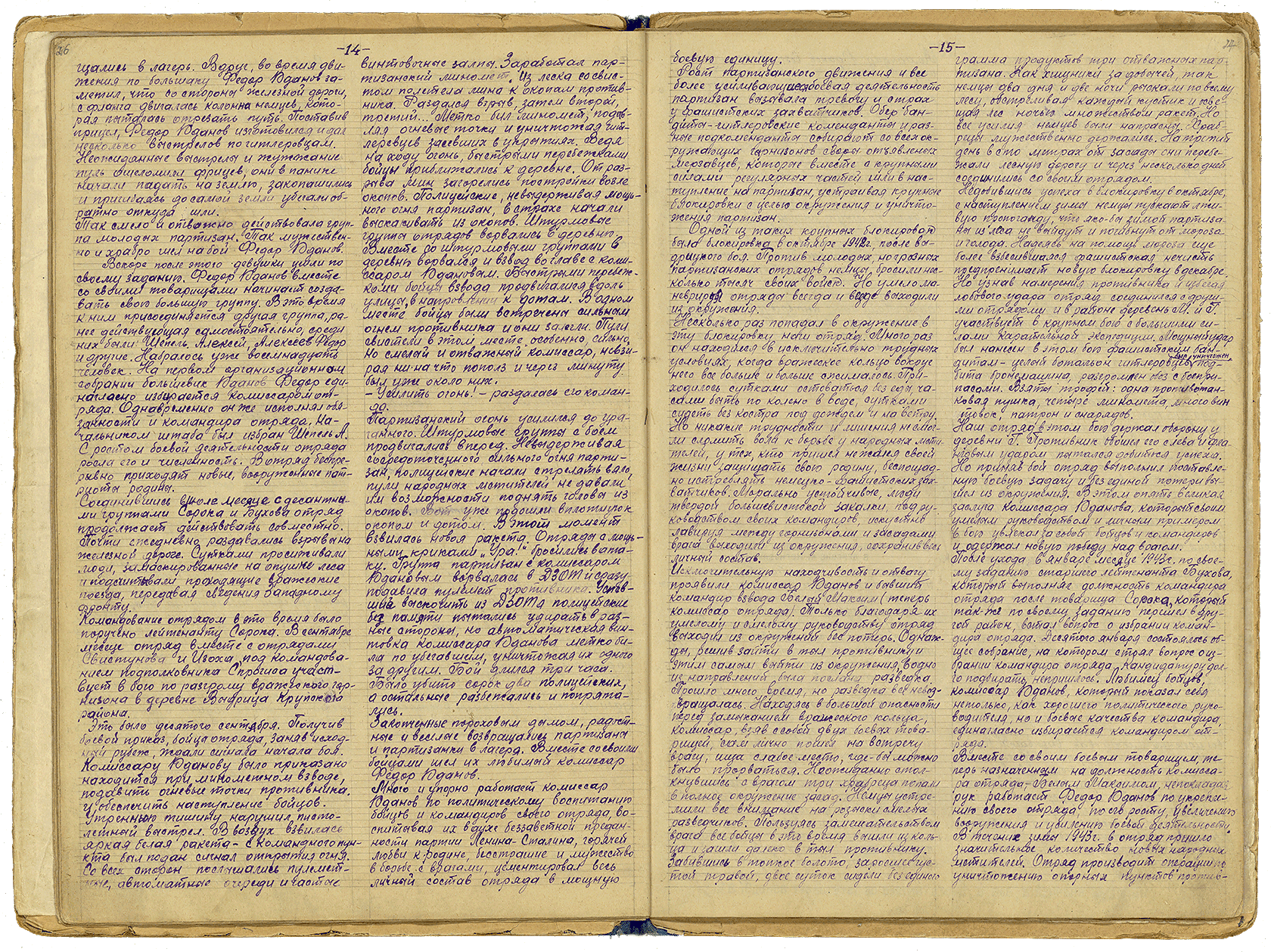 The partisans would always break out alive from the areas encircled by the Germans. "The credit goes to Fyodor Yudanov. He demonstrated exceptional resourcefulness and courage. He personally would go for reconnaissance". This is what the partisans wrote about their commissar in the Voroshilovets journal.
"The Germans intended to set up a new encirclement in December. Our unit linked up with other units and took part in a major engagement against a strong punitive force. Our unit had to defend a position near the village G. We fought our way from the encirclement without a single loss of life. Commissar Yudanov did it again thanks to his skillful leadership and personal example as he led soldiers and officers into the fray." 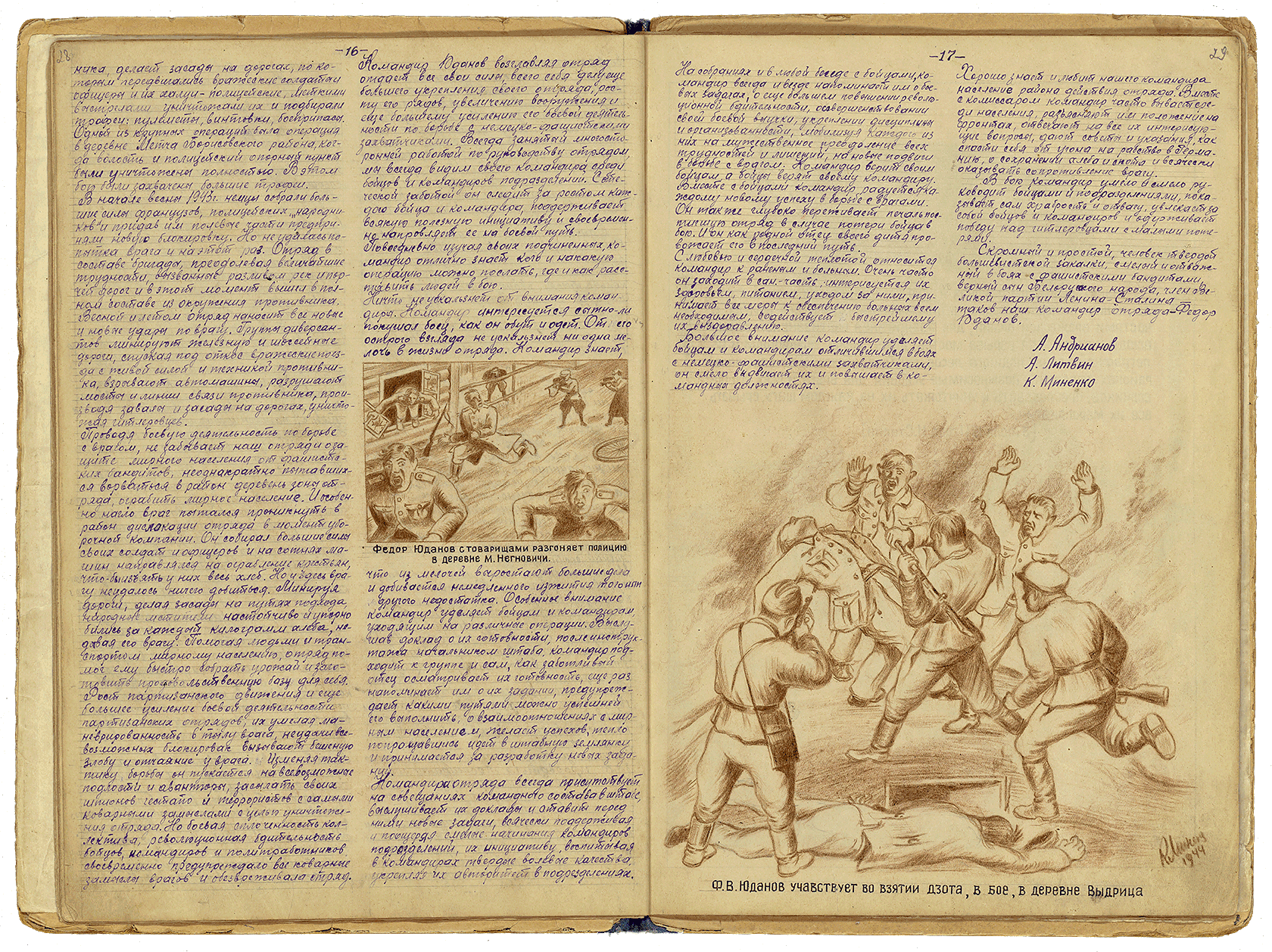 Yudanov helps capture a pillbox. Drawn by partisan artist K.M. Minenko
In January 1943 Grigory Soroka, the commanding officer of the Voroshilov partisan unit, was ordered to transfer to another area. Commissar Yudanov was unanimously elected leader of the unit. Fighters of the Voroshilov partisan unit joined the Shchors Brigade. While fighting the enemy, the avengers did not forget to help civilians.
"Fascist bandits repeatedly tried to ransack the villages in the area protected by the partisan unit. The enemy was particularly daring during the harvest campaign. Coming in great numbers on hundreds of vehicles, the enemy attempted to take grain away from the peasants. Mining the roads and setting up ambushes on approach routes, the avengers fought hard to prevent the enemy from taking even one kilogram of grain." 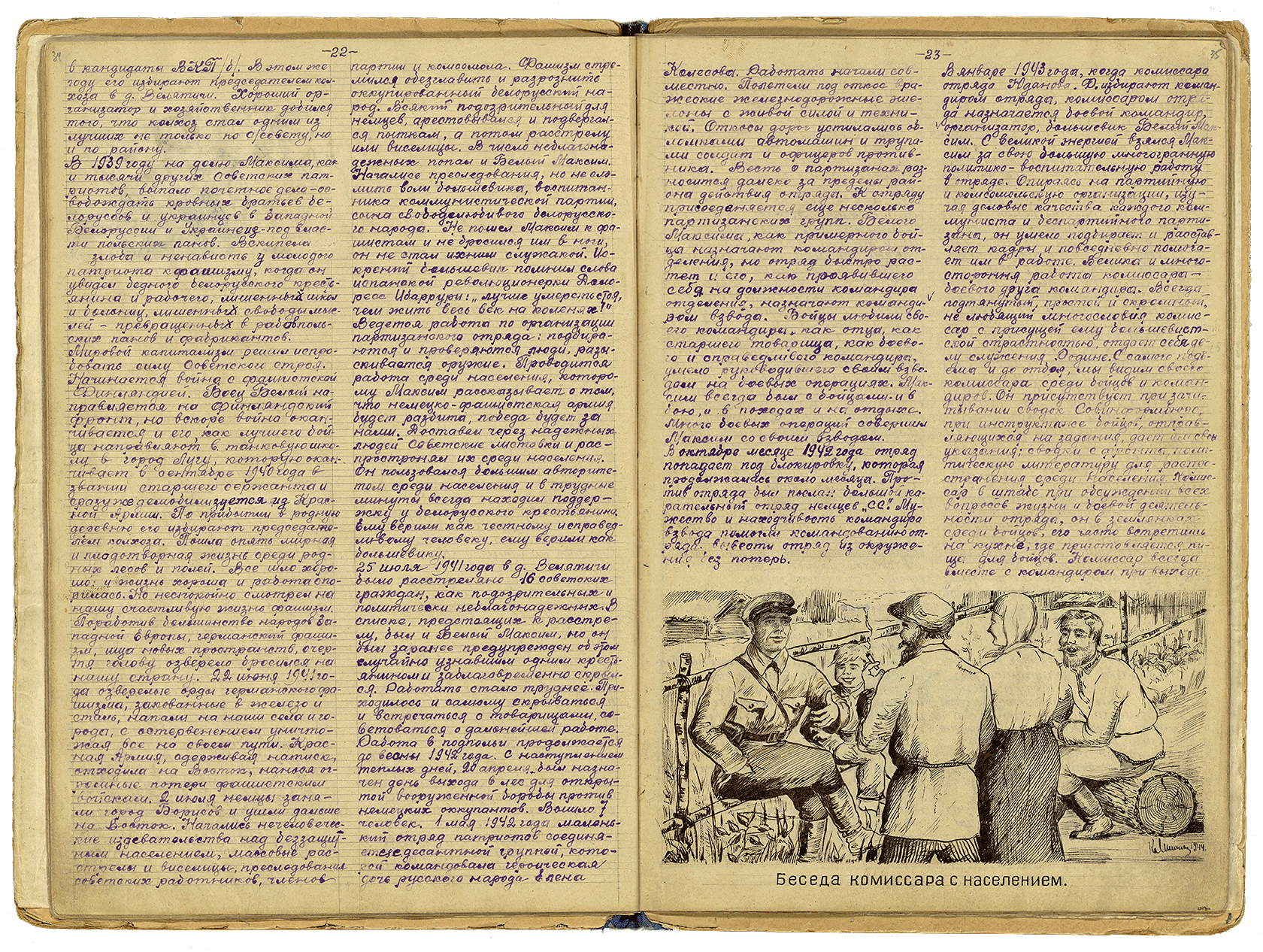 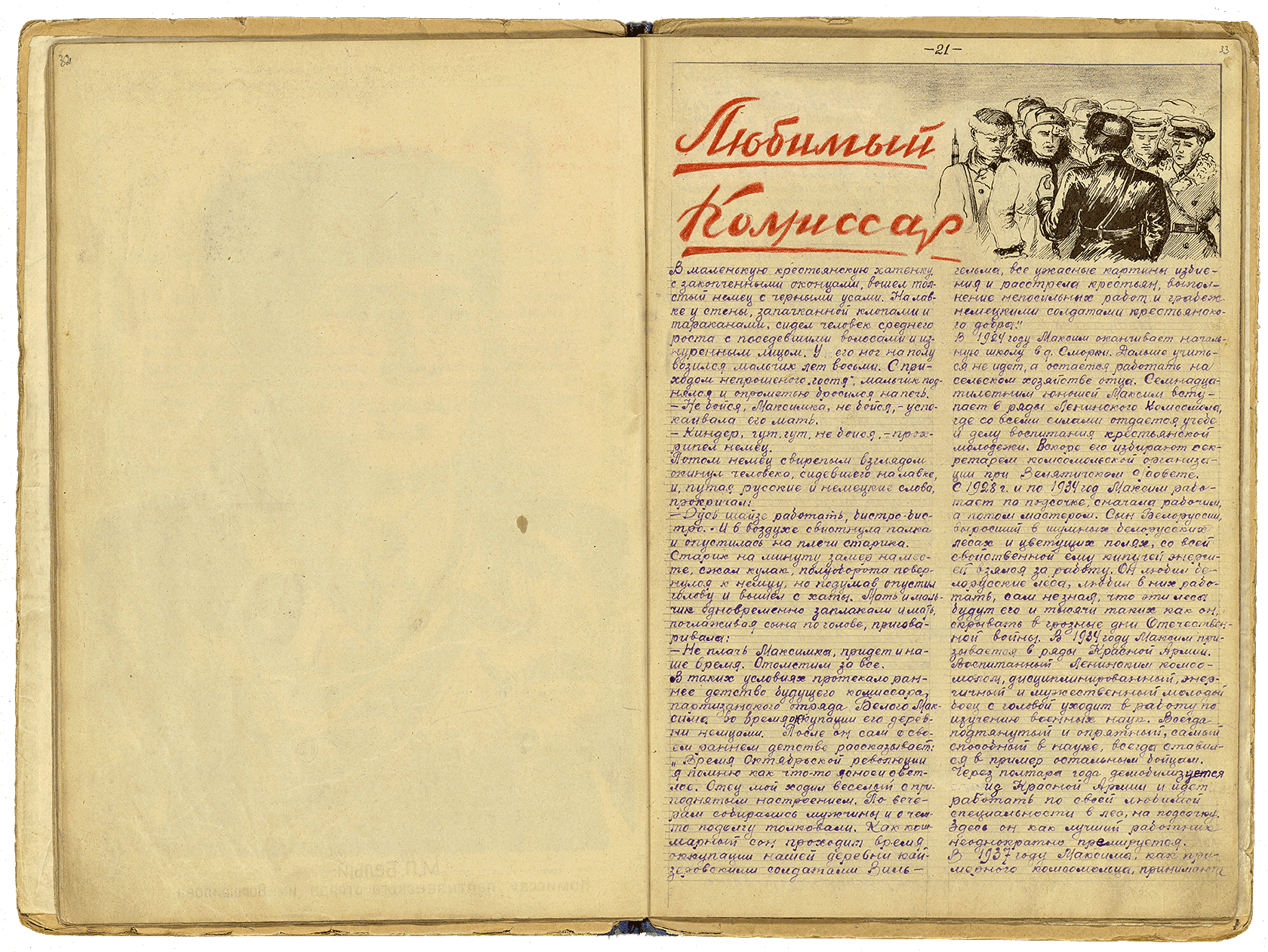 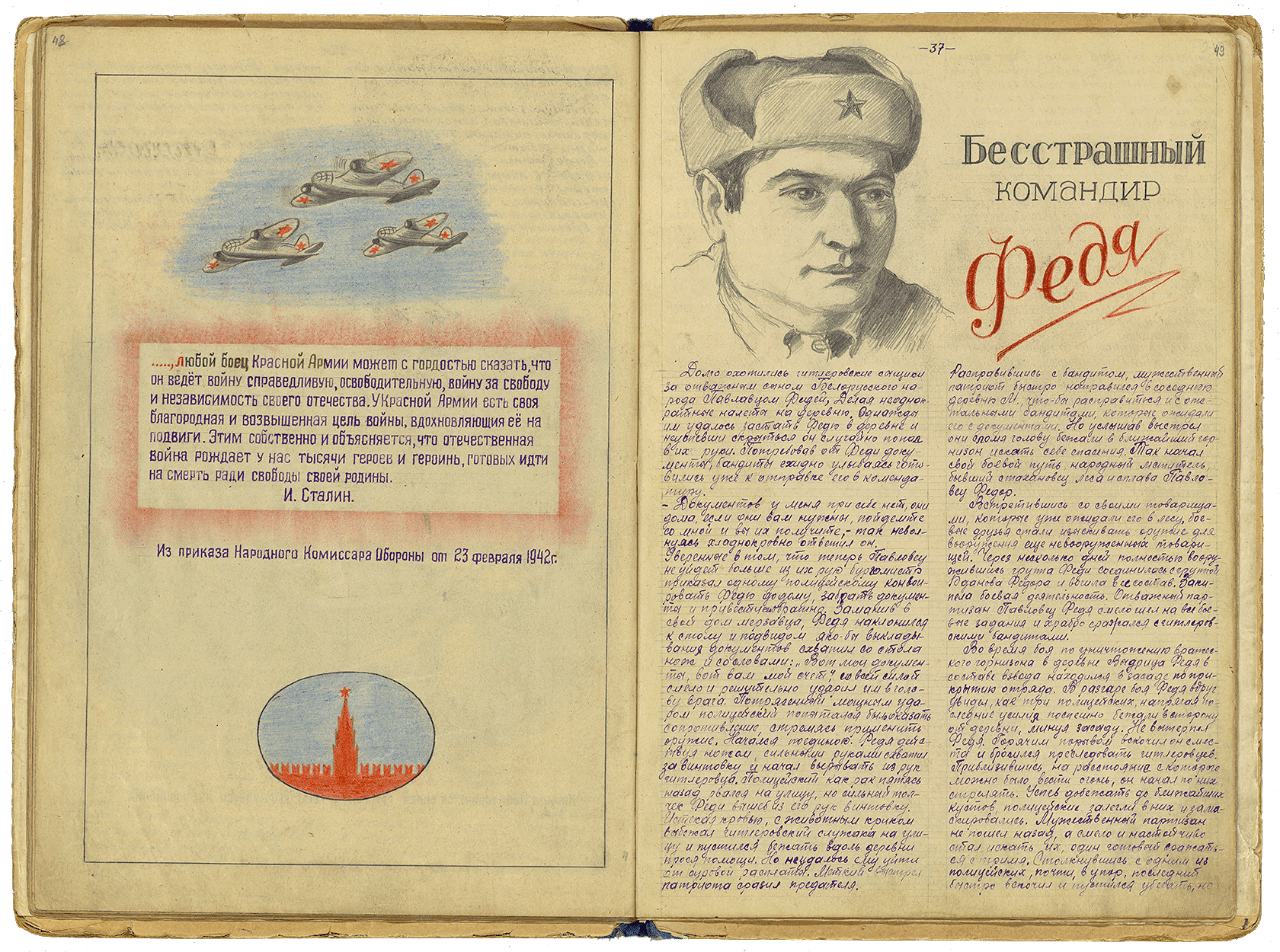 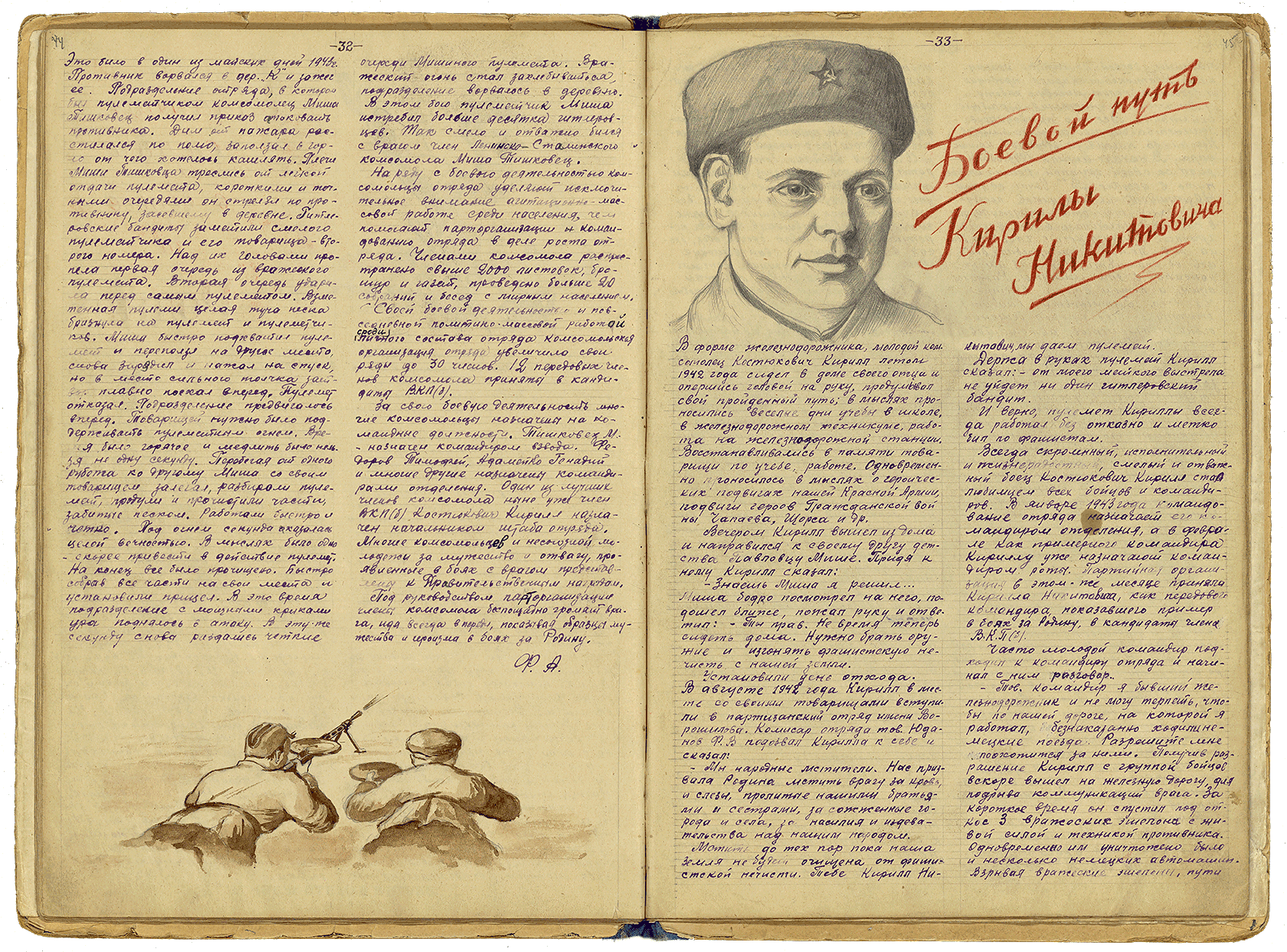 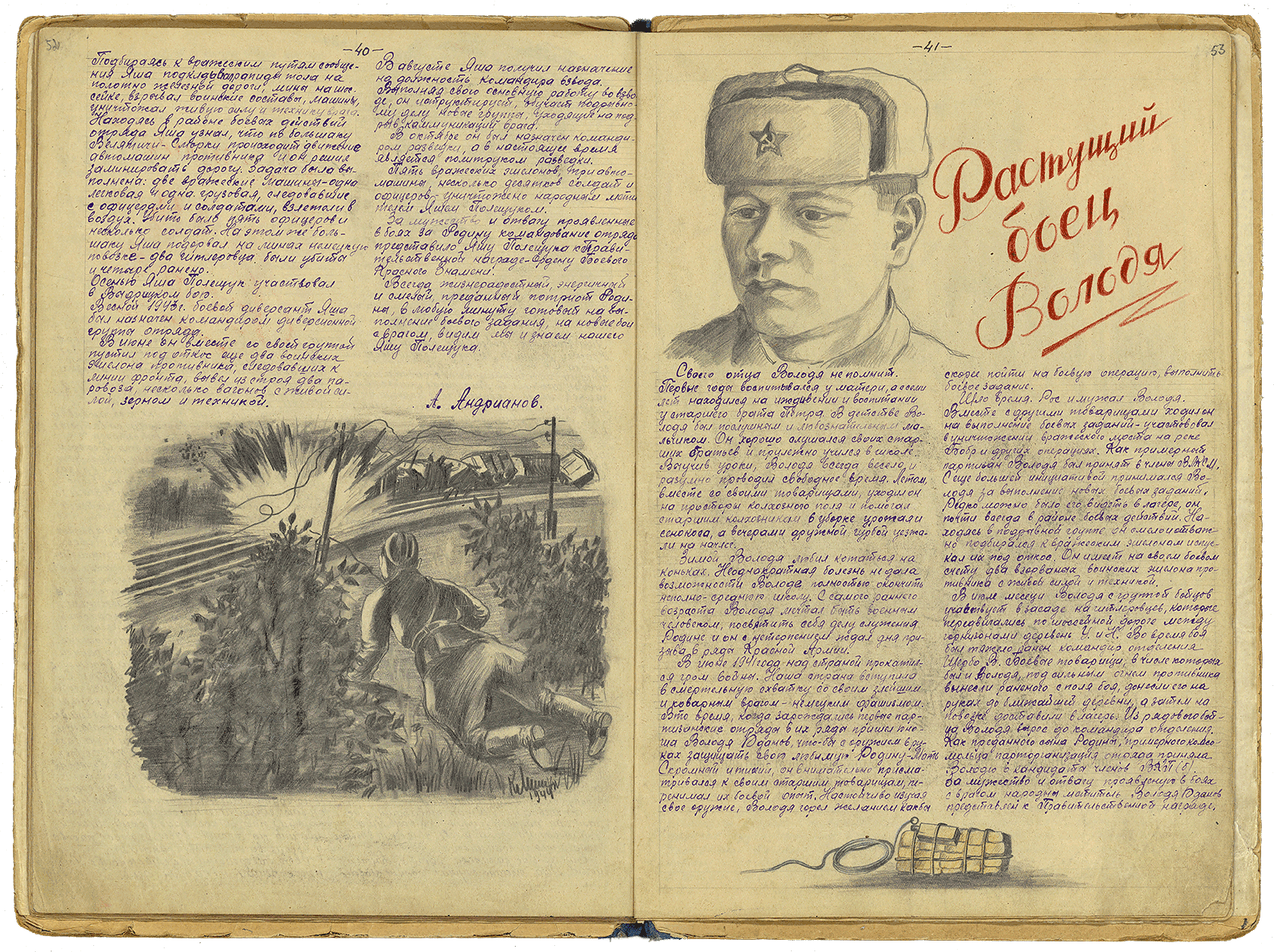 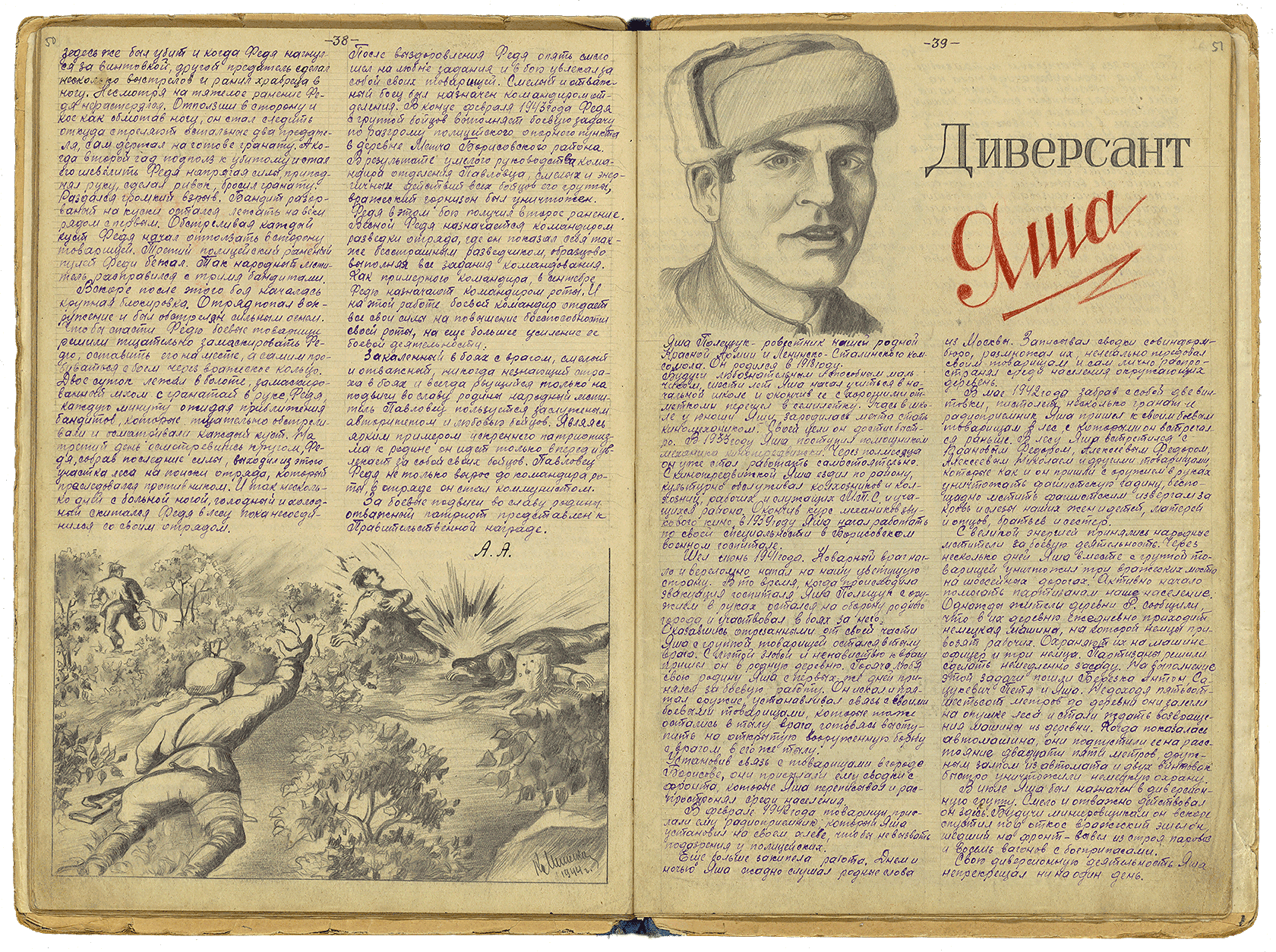 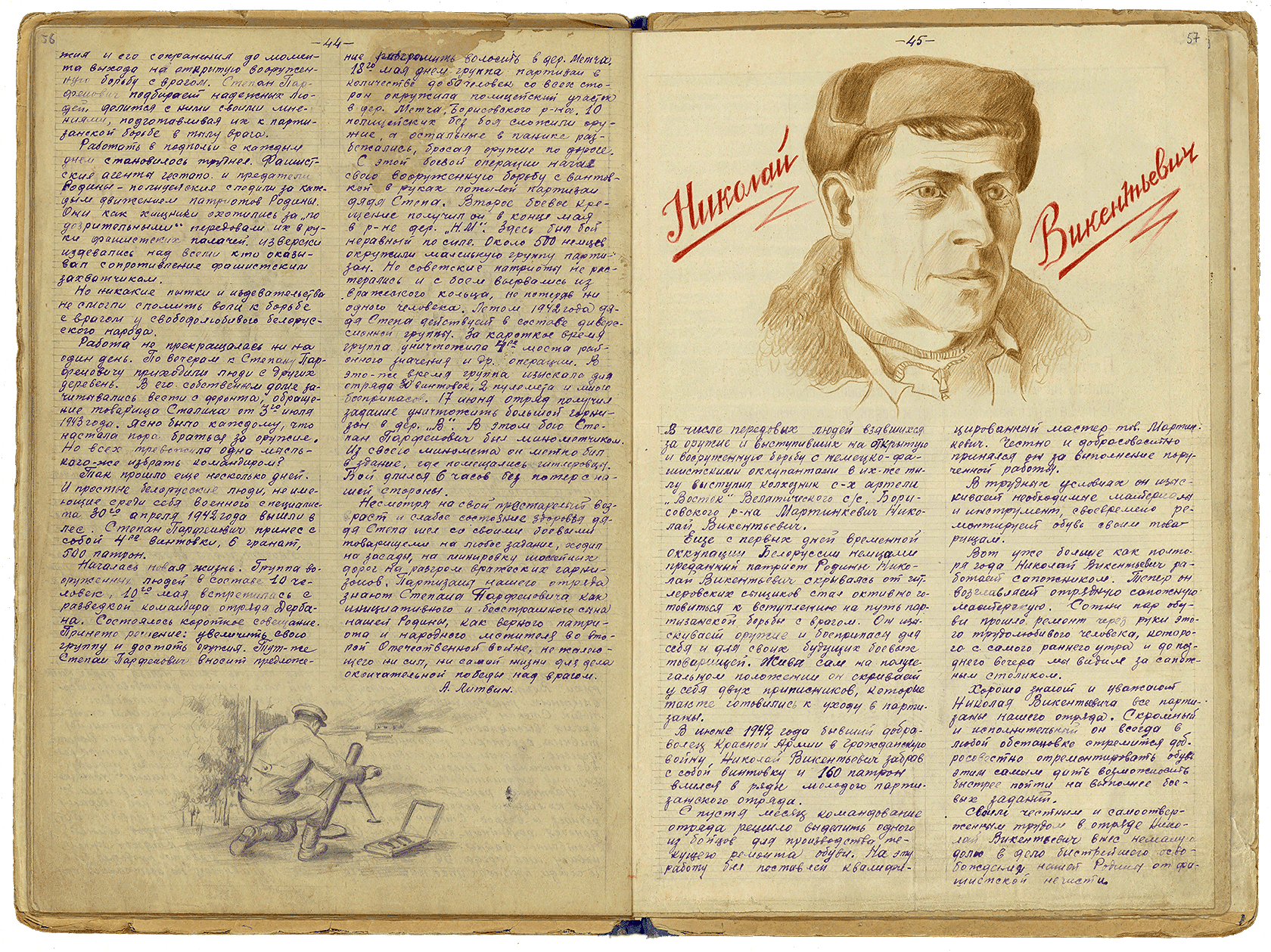 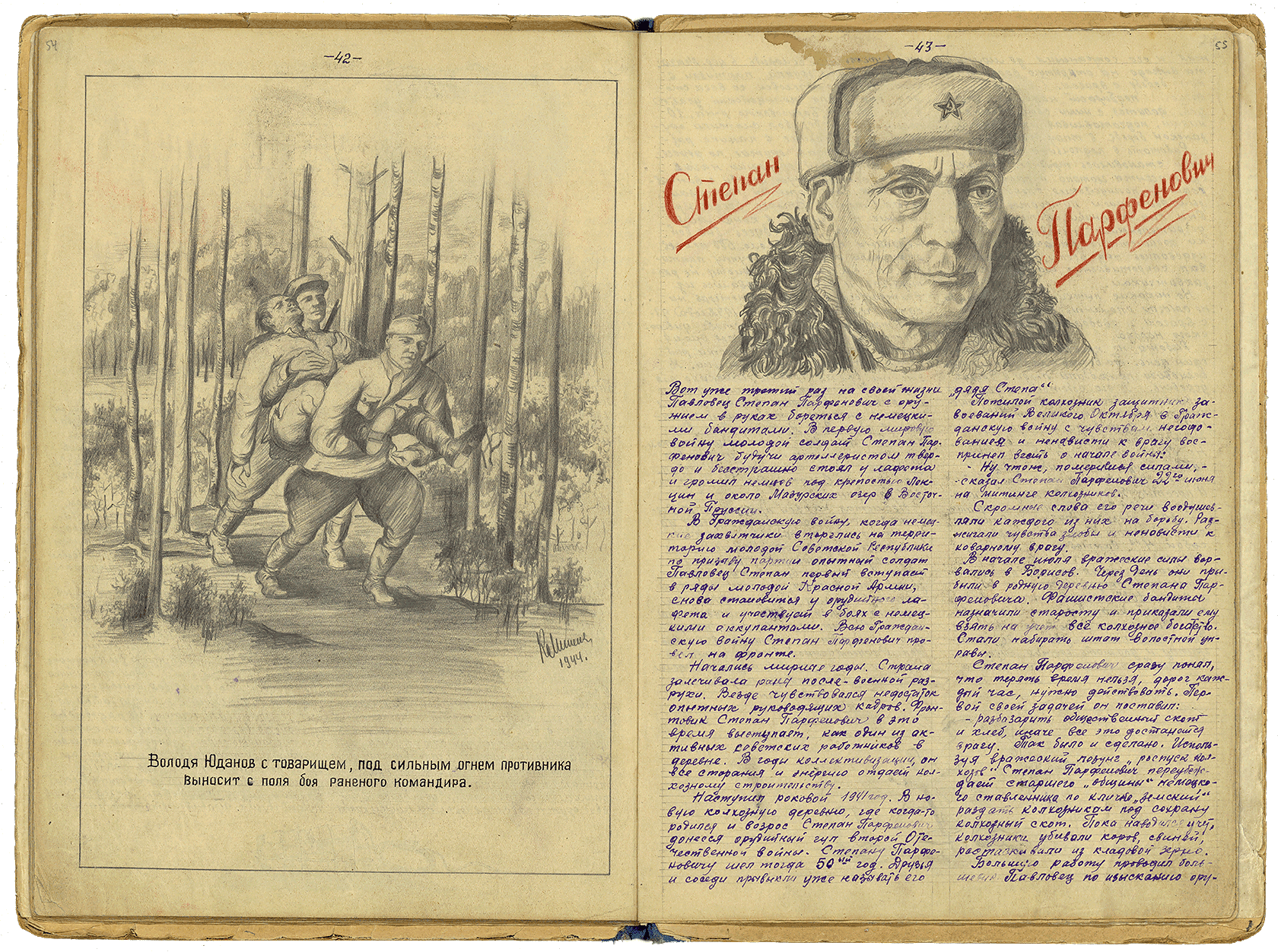 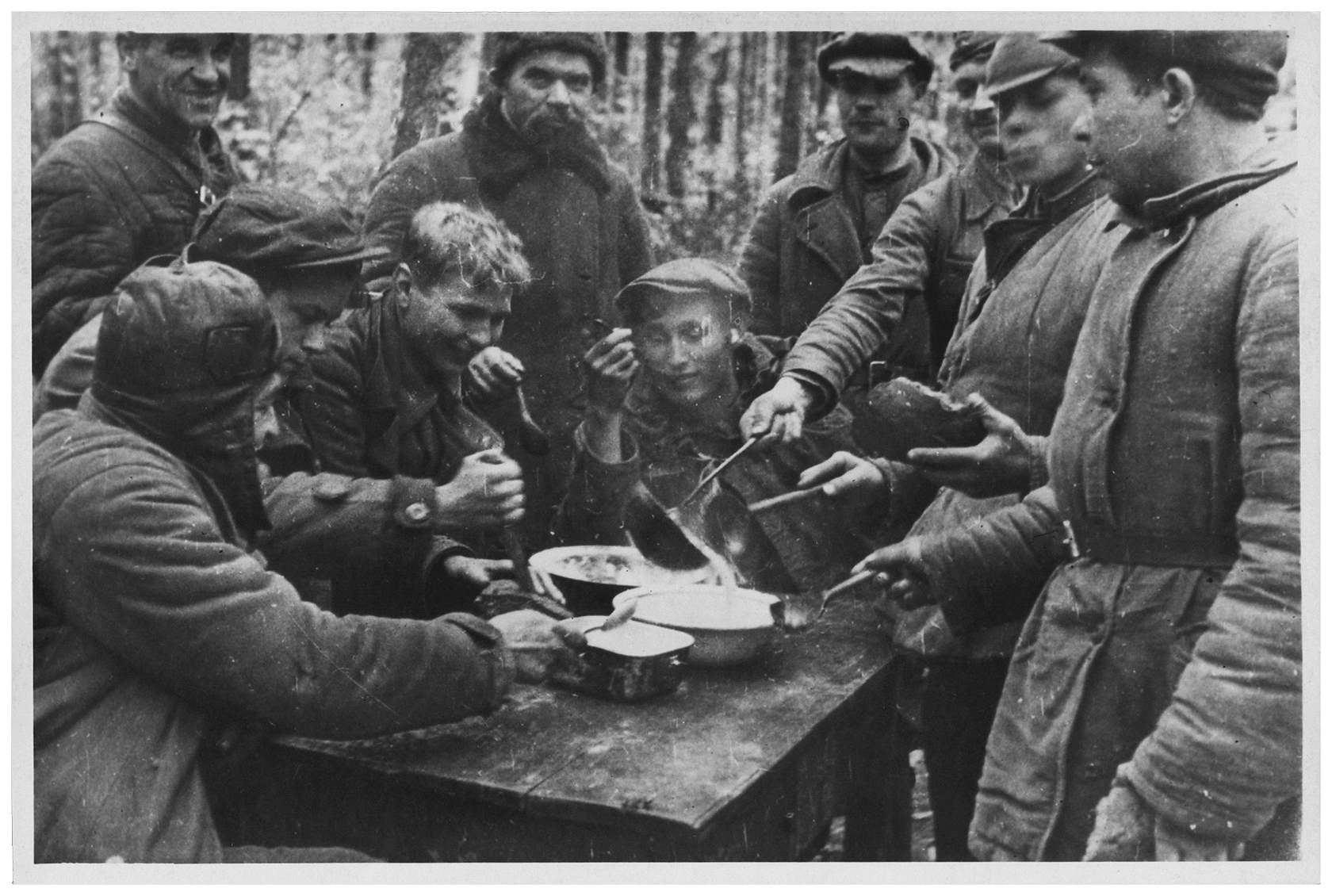 After the liberation of Borisov District, Fyodor Yudanov was instructed to restore the region. He was appointed Chairman of the Borisov District Executive Committee. In February 1953 he was put in charge of the struggling Mayak Kommunizma kolkhoz in the same district and turned it into an advanced farm. In addition to military awards, Fyodor Yudanov received the Order of Lenin, the Order of the October Revolution and the Order of the Red Banner of Labor. He was also awarded the Hero of Socialist Labor title. 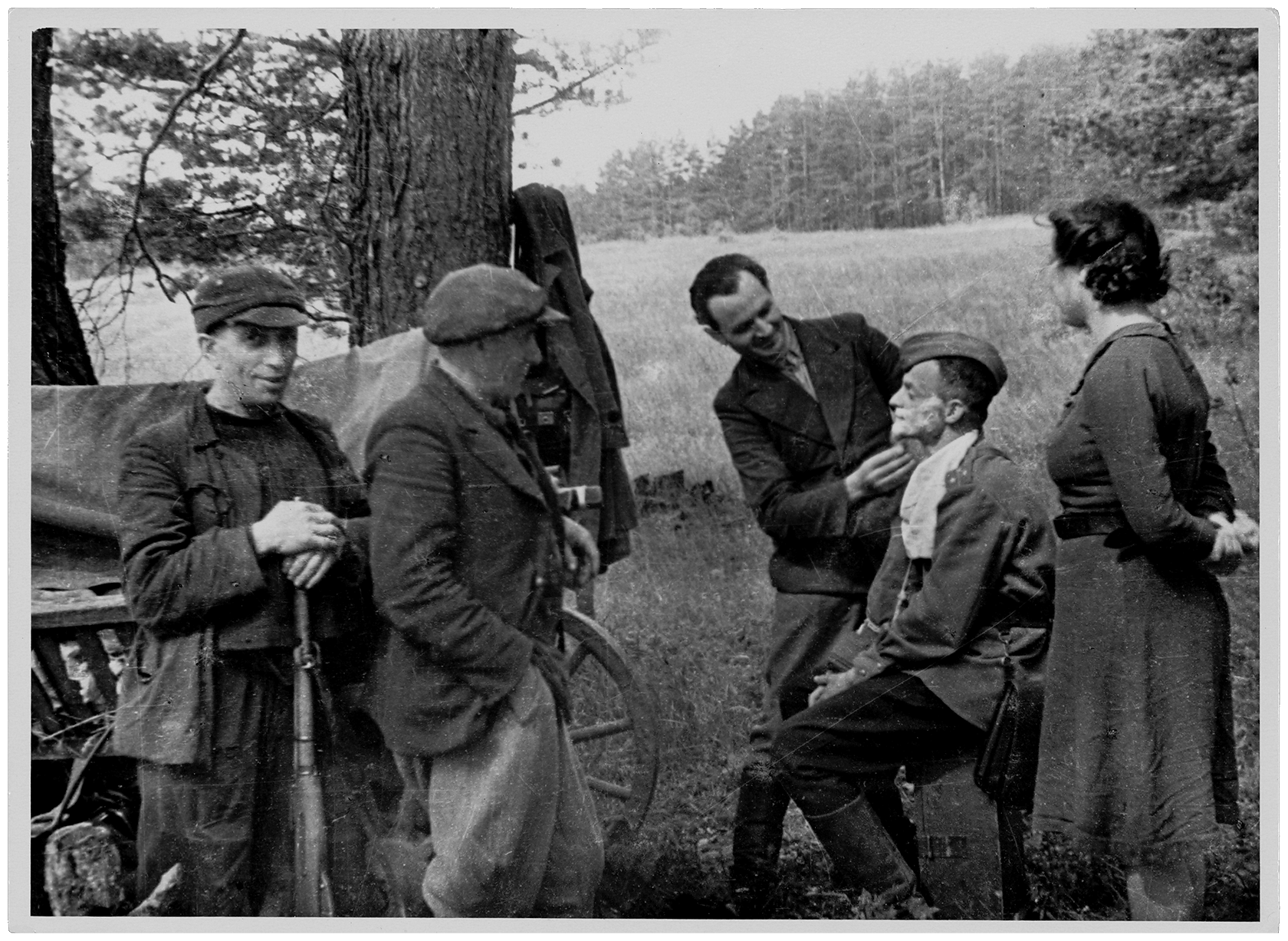 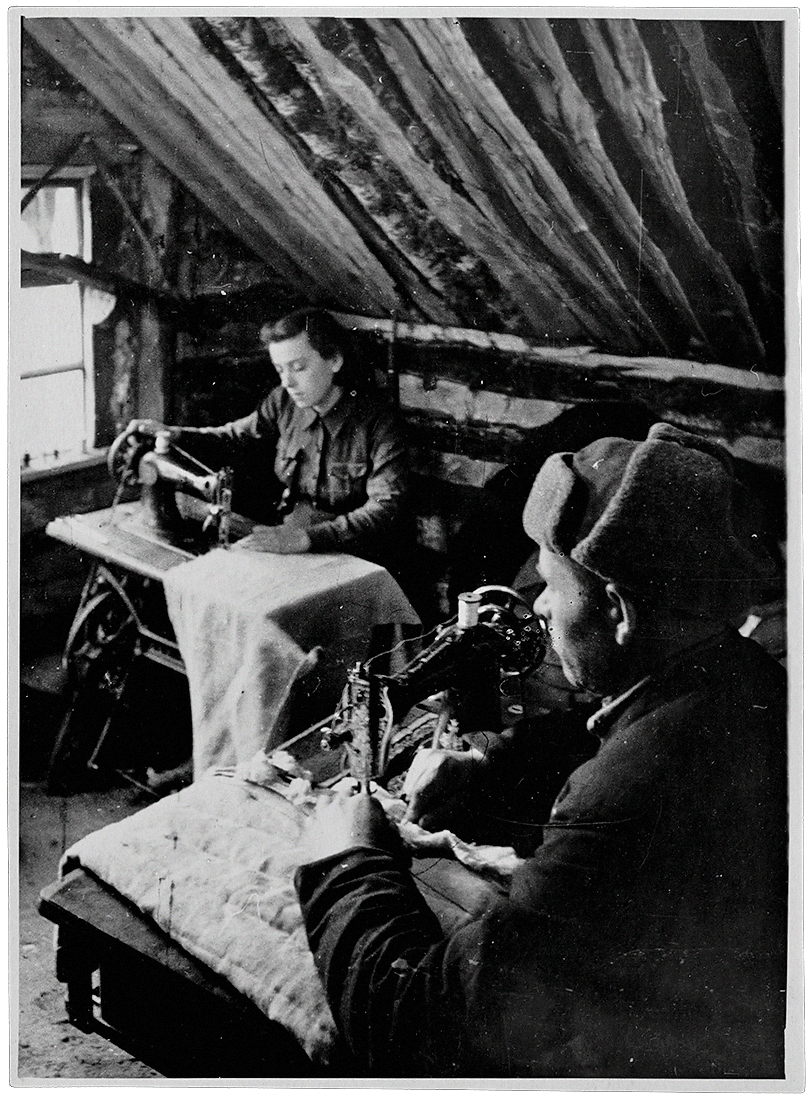 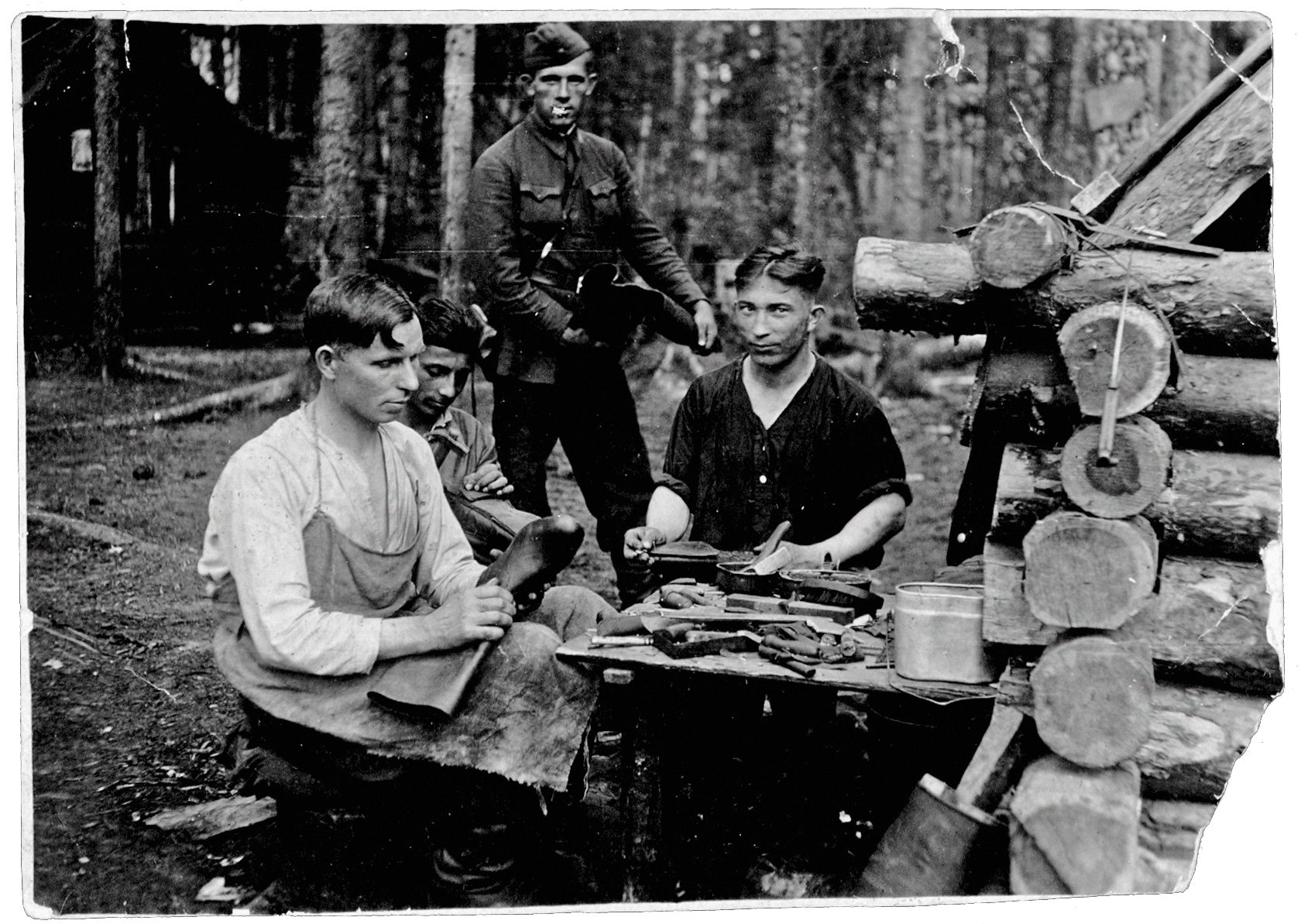 Photo from the museum's archives
The Voroshilov unit of the Shchors Brigade was considered among the best in defeating enemy garrisons. The unit derailed over 40 German echelons, 25 locomotives, destroyed more than 30 enemy vehicles, 11 enemy garrisons. Sparing neither strength nor their own lives, they confidently approached a great victory, fighting desperately for their Motherland, the freedom of their relatives and all peaceful people. 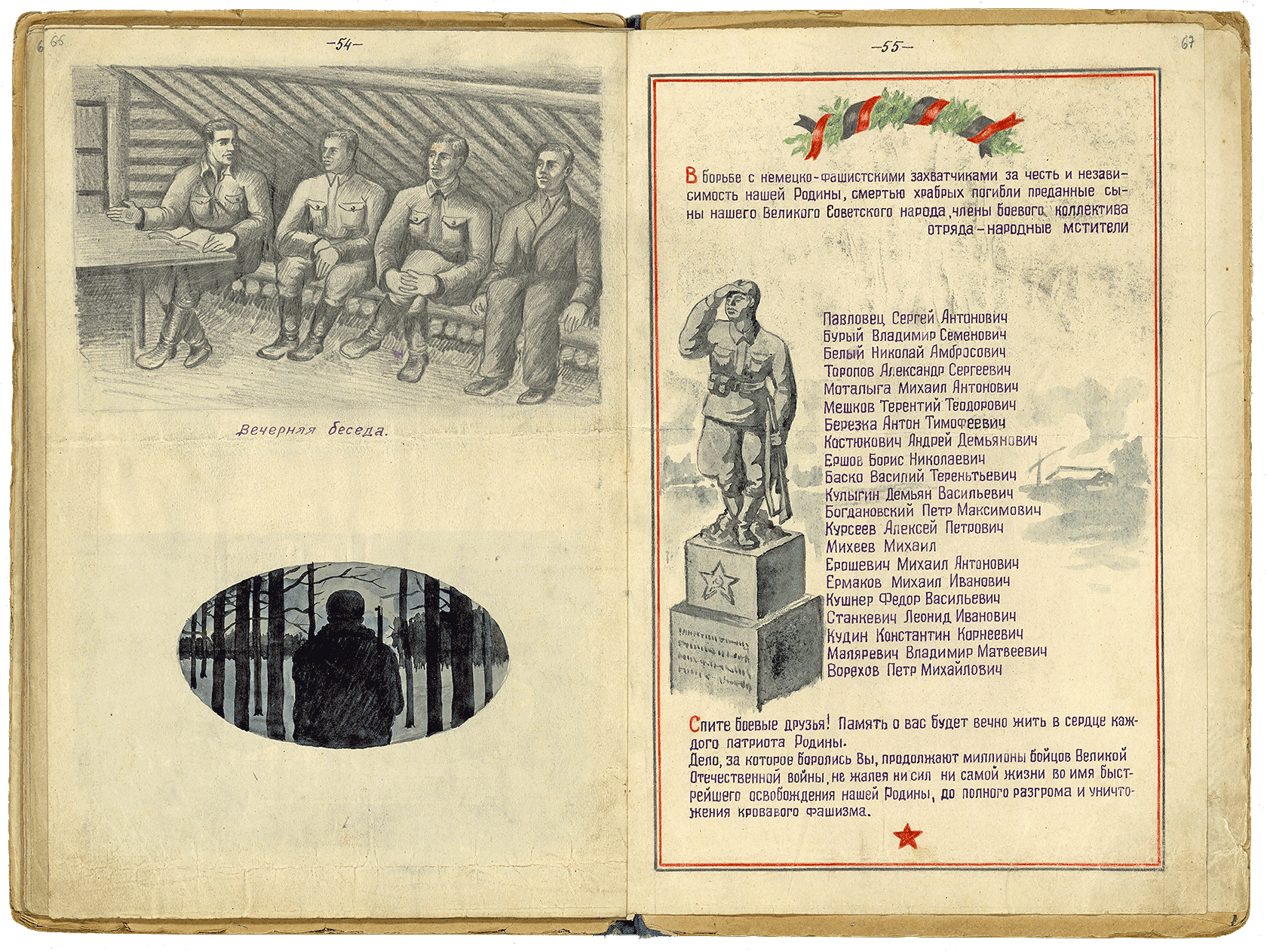