8
To the beginning
Previous page
Records were made wherever and whenever possible – in dugouts, between the battles, on wallpaper, exercise books, office books…

Handwritten partisan journals were kept together with important documents. They contained facts and figures interspersed with stories about the daily grind, battles and heroes. Handmade 'books' were pepped up by pictures and unfailing sense of humor. They were circulated to raise morale. They were read to draw strength.
PAGE
Next page
"The peoples of our country are celebrating the 25th anniversary of the Great October Socialist Revolution in the midst of a fierce struggle against the German-fascist invaders and their European accomplices…"

Excerpt from the National Avenger journal, Issue No. 15, Partisan Unit No. 208 named after Comrade Stalin, November 1942 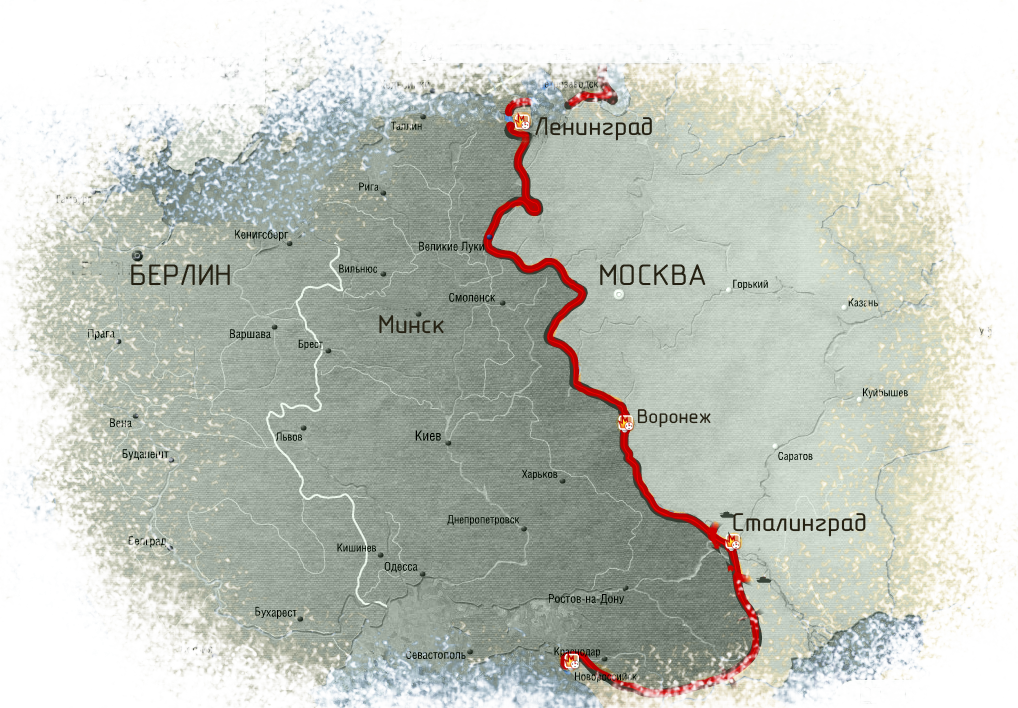 Having repelled an attack by the Germans on Moscow, the Red Army started a winter offensive. In the summer the fascist troops were stopped at Stalingrad. The war tested the strength of the Soviet system. In those severe conditions of 1942 the country of the Soviets celebrated its 25th birthday. The occasion became the main theme for partisan journals and another reason to join ranks to confront the enemy.
"Glorious partisans and scouts!
Happy 25th Anniversary of the Great October Socialist Revolution!
We wish you new victories over fascism.
Let's strike the enemy harder…"

Address of the Military Council of the Western Front in the National Avenger journal, Issue No. 15, Partisan Unit No. 208 named after Comrade Stalin, November 1942 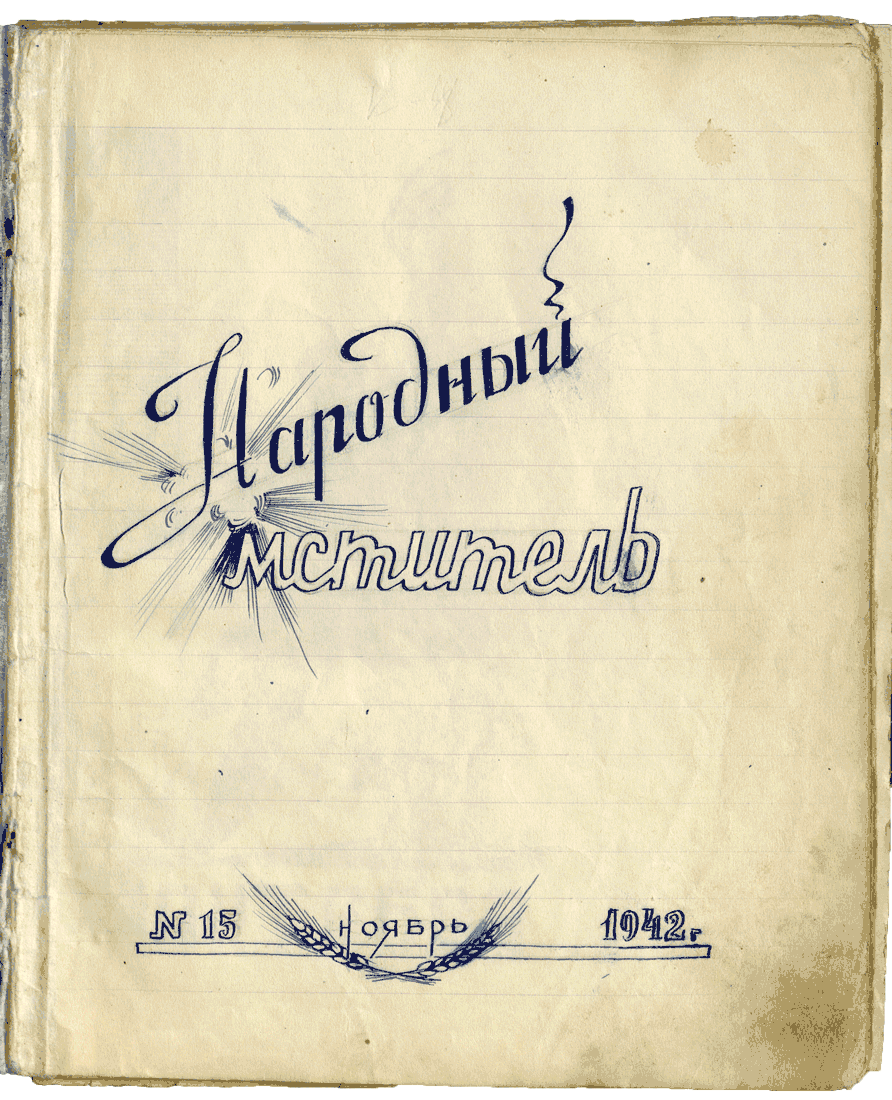 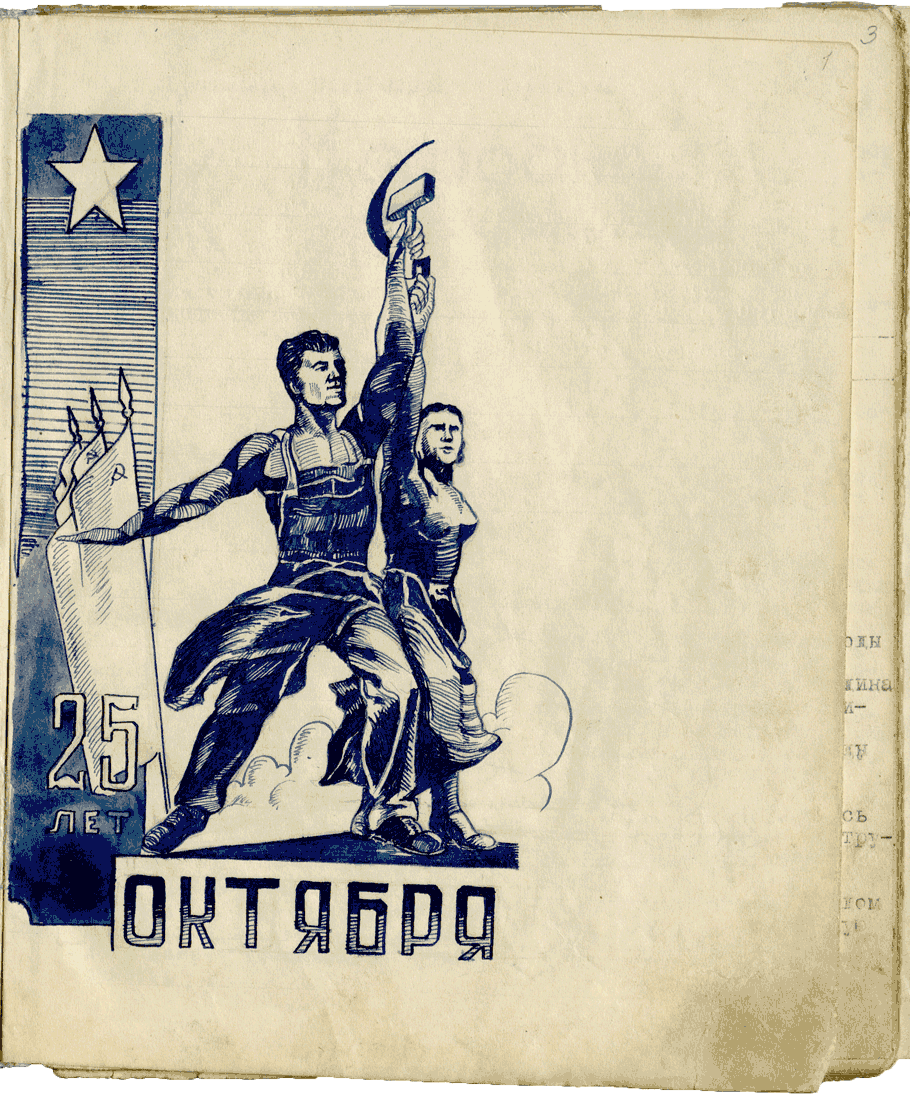 The November issue of the National Avenger journal had a festive front page dedicated to 25 Years of October Revolution. The handwritten journal of Partisan Unit No. 208 of Mogilev Oblast abounded in wishes of victories over fascism and calls to crush the enemy. Reading those lines, people got a feeling that they were part of a holy war for Fatherland and freedom.
"Nationwide partisan movement in the enemy rear plays a crucial role in defeating the enemy. We want to appeal to our brothers and sisters who got under the Nazi yoke, to Soviet people of all nationalities living on the temporarily occupied territories, to glorious national avengers, partisans. We call on you to ruthlessly exterminate the Nazi invaders, destroy the enemy rear and strike the enemy harder and harder every day."

Excerpt from the article "Defending the Achievements of the Great October Socialist Revolution", National Avenger journal, Issue No. 15, Partisan Unit No. 208 named after Comrade Stalin, November 1942 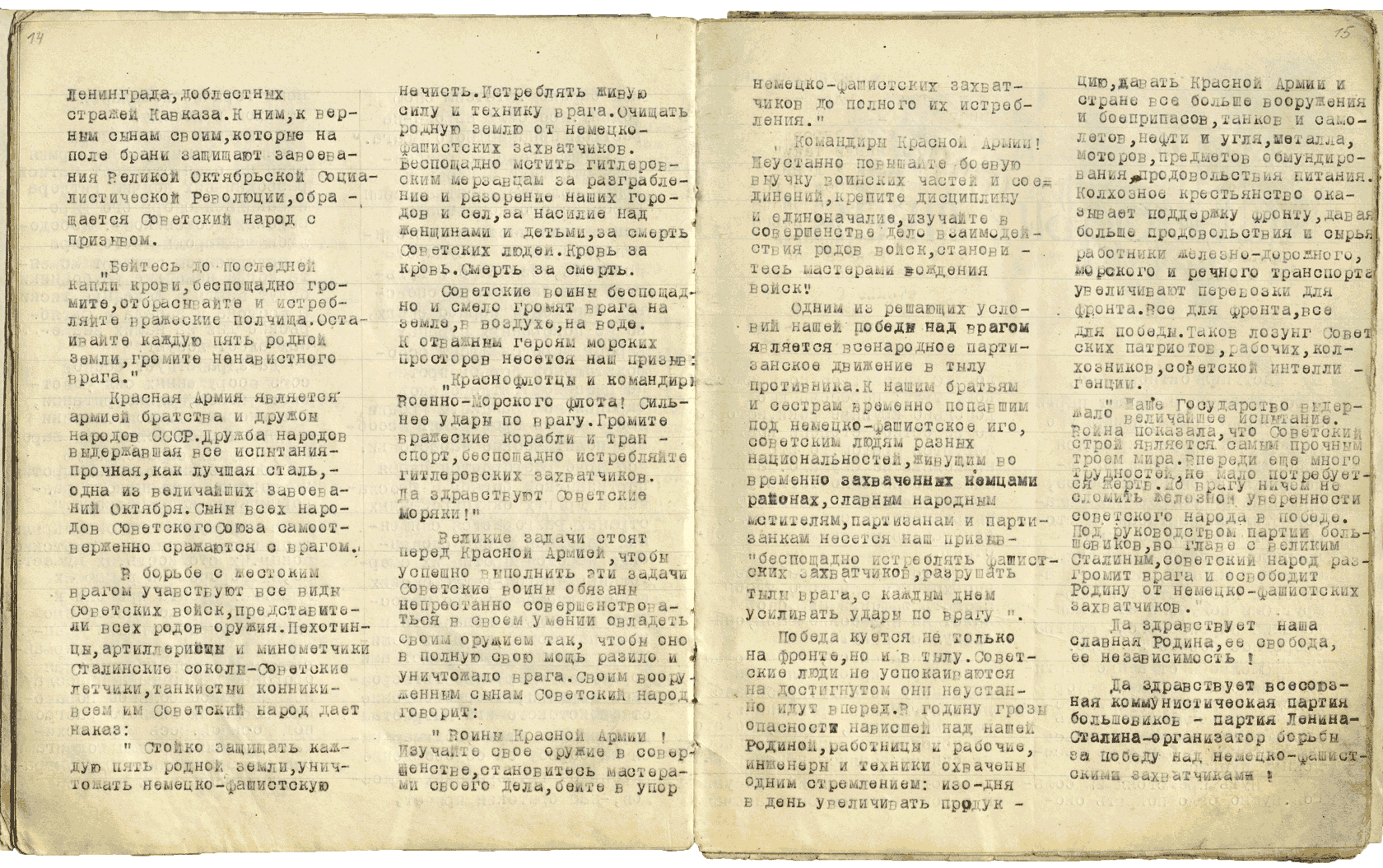 Partisans on a mission, 1943. Photo from the museum's archives
"There are people who can be described as 'capable', 'full of inexhaustible energy', 'astonishing'. During these red-letter days, I would like to give a fair share of credit to such people". Stories about experienced commanders are interspersed with stories about ordinary fighters, often young boys who had to grow up fast. One of them is Mikhail Buinitsky. This very young boy managed to disperse a group of policemen. Soon afterwards, Misha joined a partisan unit.
"Germans temporarily occupied Misha's Motherland. Nobody told him how to act during the war. But he knew what he should do and he did it. He collected machine guns, rifles and ammunition in the forest, cleaned them and hid them.
Once a group of policemen was heading for the village of Kleva. The young patriot lay in wait for them with a machine gun and a mortar on standby. Letting them close, he started firing on them with the machine gun. The policemen broke into a run, while Misha started firing mortar shells..."

Excerpt from the article "Pride of the Partisan Unit", National Avenger journal, Issue No. 15, Partisan Unit No. 208 named after Comrade Stalin, November 1942 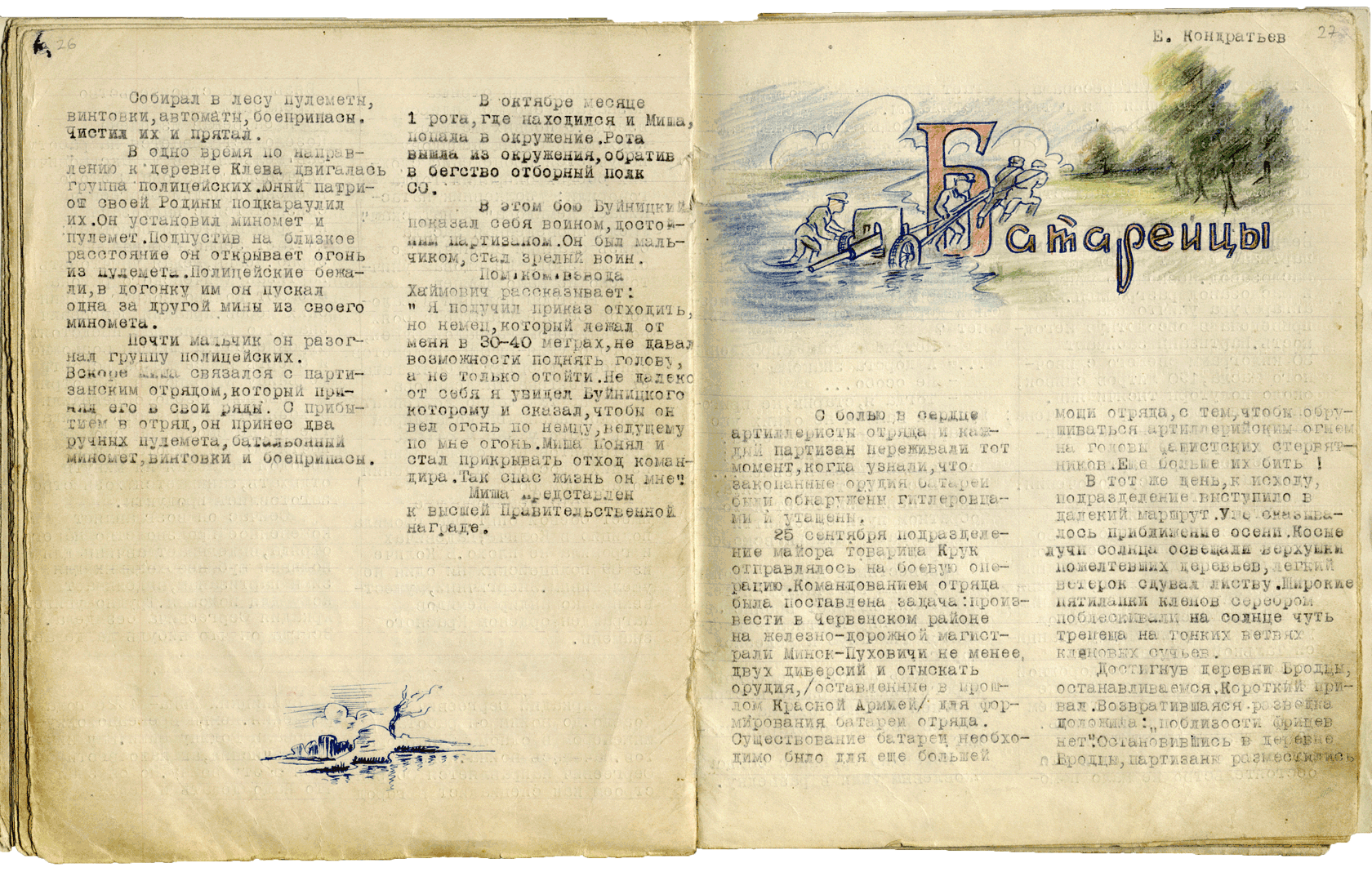 The soldiers Shcherbakov and Samsonov set up a partisan unit. The political commissar Shcherbakov liked the risk-filled life of national avengers.
"The partisan unit had no permanent station. Instead it was always on the move, staying in one village for the night and moving to another in the day. Always on the road.
The destruction of a police station, the disruption of the work of German authorities, attacks against the enemy were ever present in the unit's life…"

Excerpt from the article "Pride of the Partisan Unit", National Avenger journal, Issue No. 15, Partisan Unit No. 208 named after Comrade Stalin, November 1942 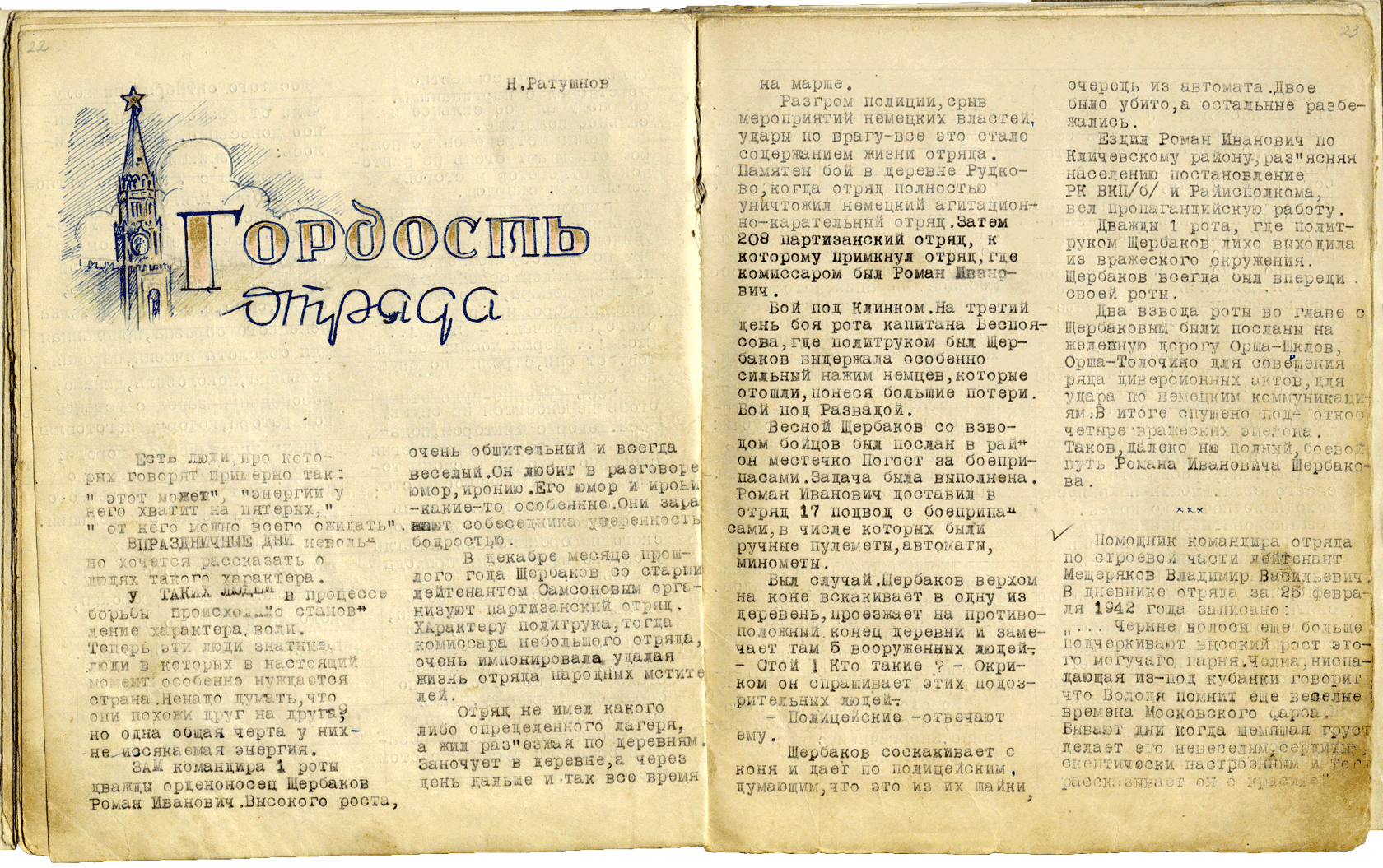 Different fates awaited partisans of Partisan Unit No. 208. Some of them stayed behind enemy lines for diversion and sabotage. Others were surrounded but continued fighting as part of Partisan Regiment No. 15, which was set up in 1943. 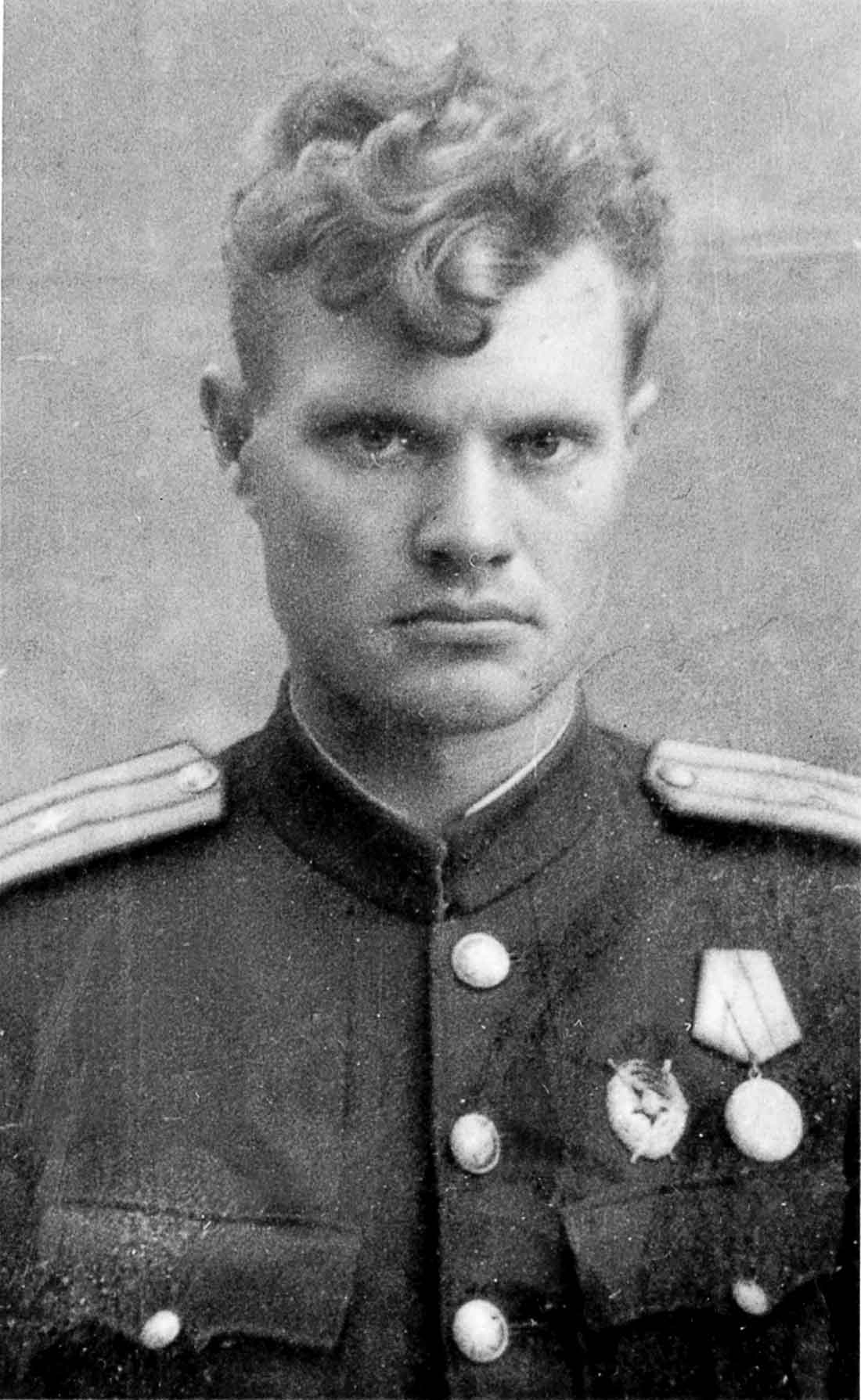 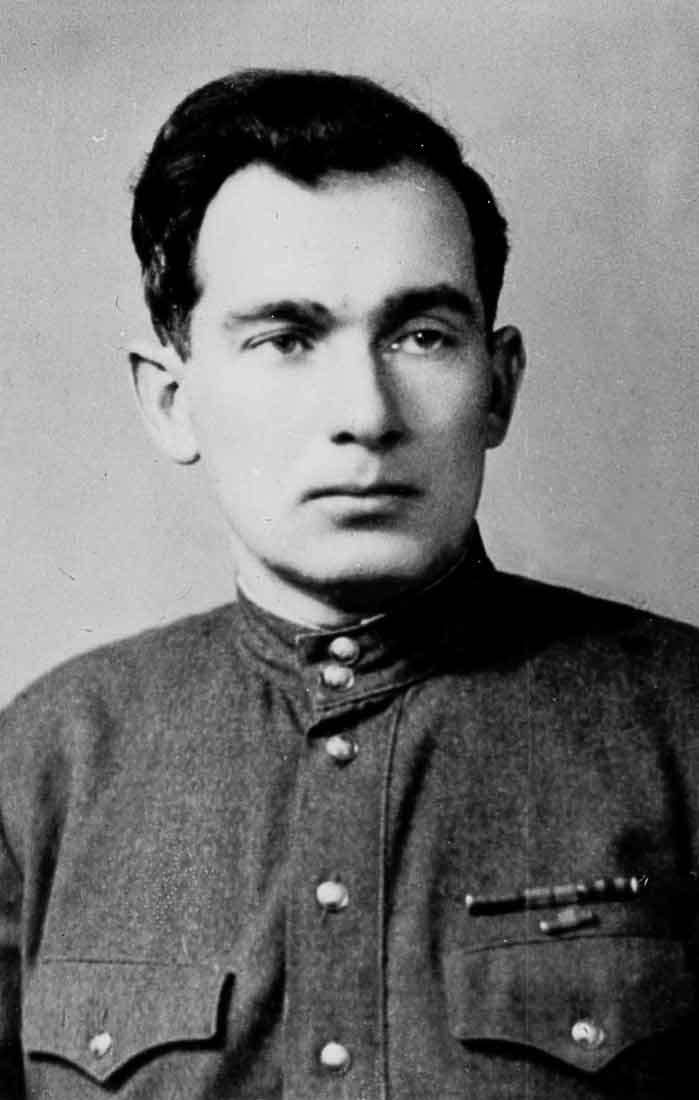 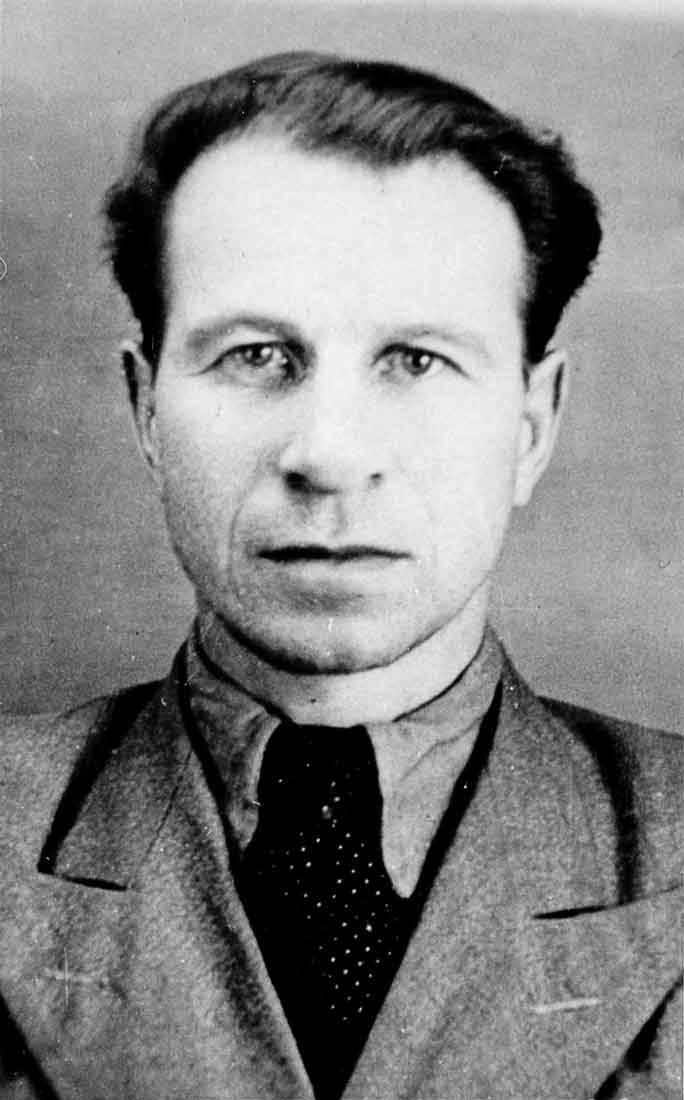 P.A. Vilitkevich
I.P. Nizhnik
Photo from the museum's archives
"In order to spread the flame of the partisan war in February 1943 Partisan Regiment No. 208 detached a team led by Demidov, Nizhnik, and Vilitkevich. The team was supposed to leave Klichev District and reach the left bank of the Dnieper River – Propoisk District, Zhuravichi District, Chaussy District, and other areas. The team was supposed to disrupt the peaceful life of the enemy's garrisons in this area, paralyze transportation, and inspire people to fight the invaders."

Books of honor with names of the Komsomol members of Partisan Regiment No. 15, who covered their names with glory in combat operations against the enemy
The names of the brave commanders are inscribed in the Partisan Books of Honor, which were kept in many units. Small but important brochures were cherished as a great treasure. They contained the information on the best soldiers in the unit.

The Komsomol Partisan Book of Honor of Partisan Regiment No.15 that distinguished themselves in battles against the German invaders
A reward of 40,000 Reichsmarks was offered for the head of young Russian officer Alexander Demidov. Being the commander of Company No. 4 of Partisan Unit No. 208, he destroyed Nazi garrisons. For his military achievements Alexander Demidov was awarded the Order of the Red Banner and the Order of the Patriotic War. 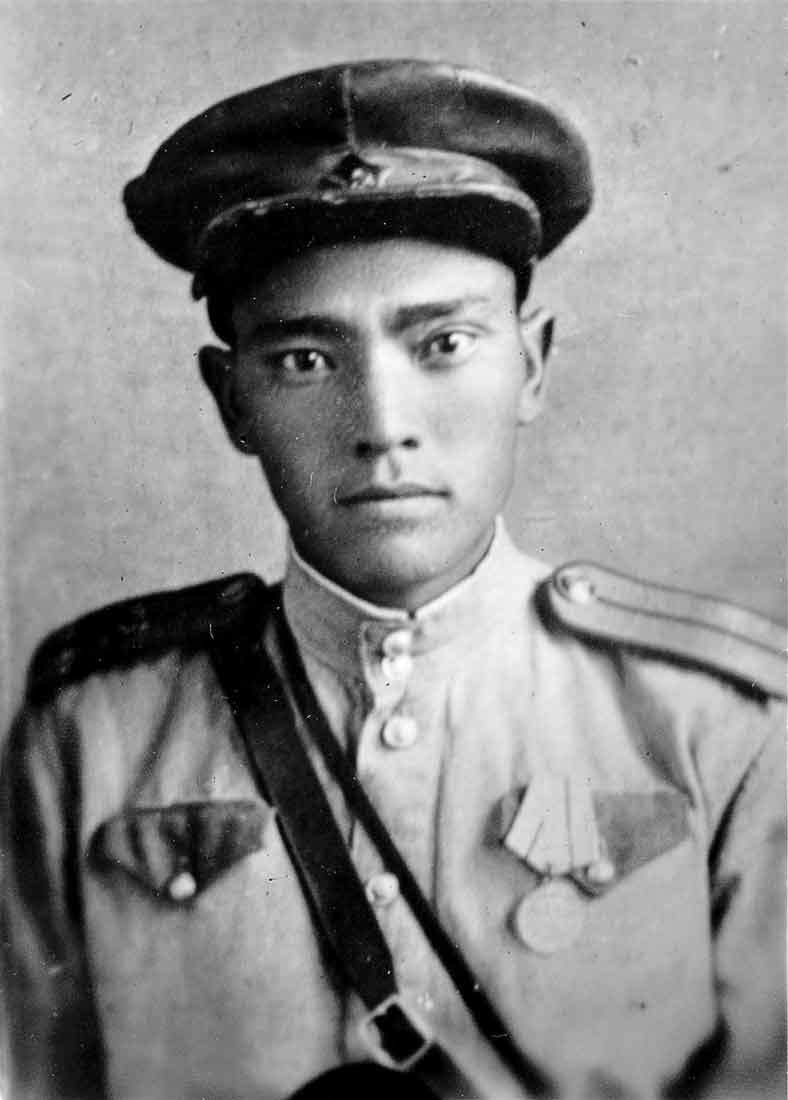 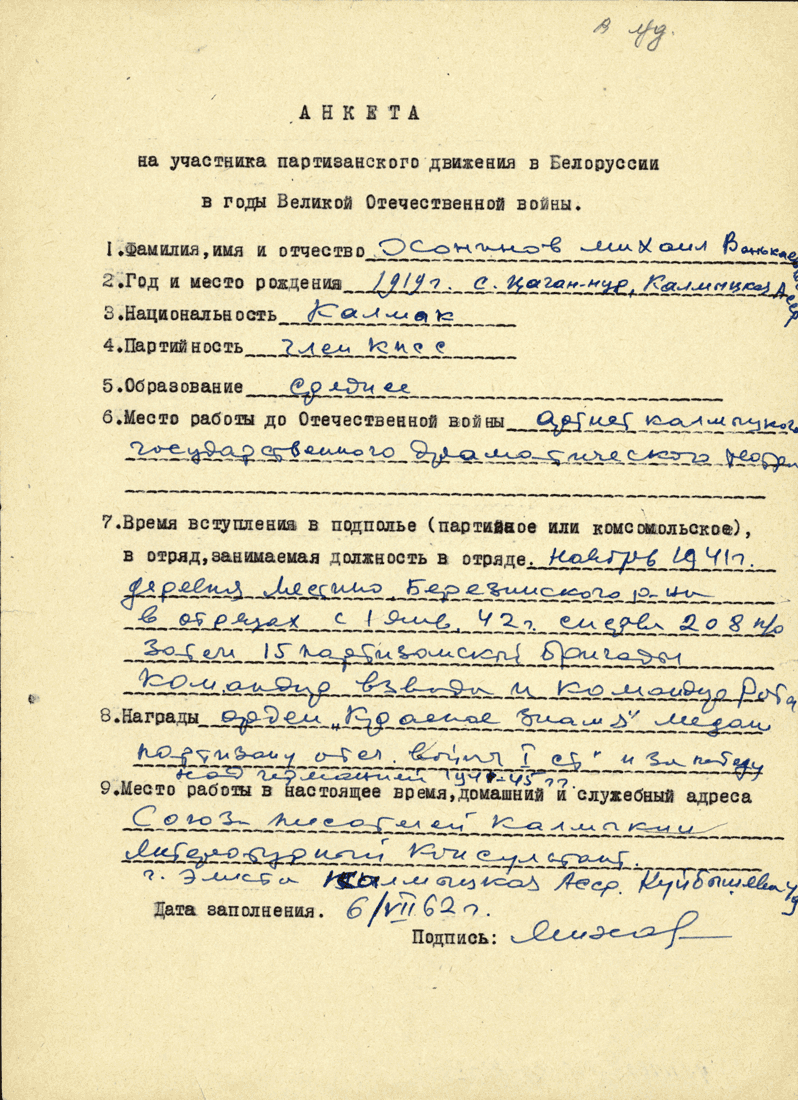 Mikhail Khoninov's life was estimated by the Nazis at 10,000 Reichsmarks. The brave boy was part of Demidov's action group, a commander. His nickname was Misha Chyorny (Misha the Black). Before the war Mikhail Khoninov was an actor of the Kalmyk State Drama Theater and worked as a radio announcer. Alexander Demidov dedicated memoirs to one of his best soldiers. 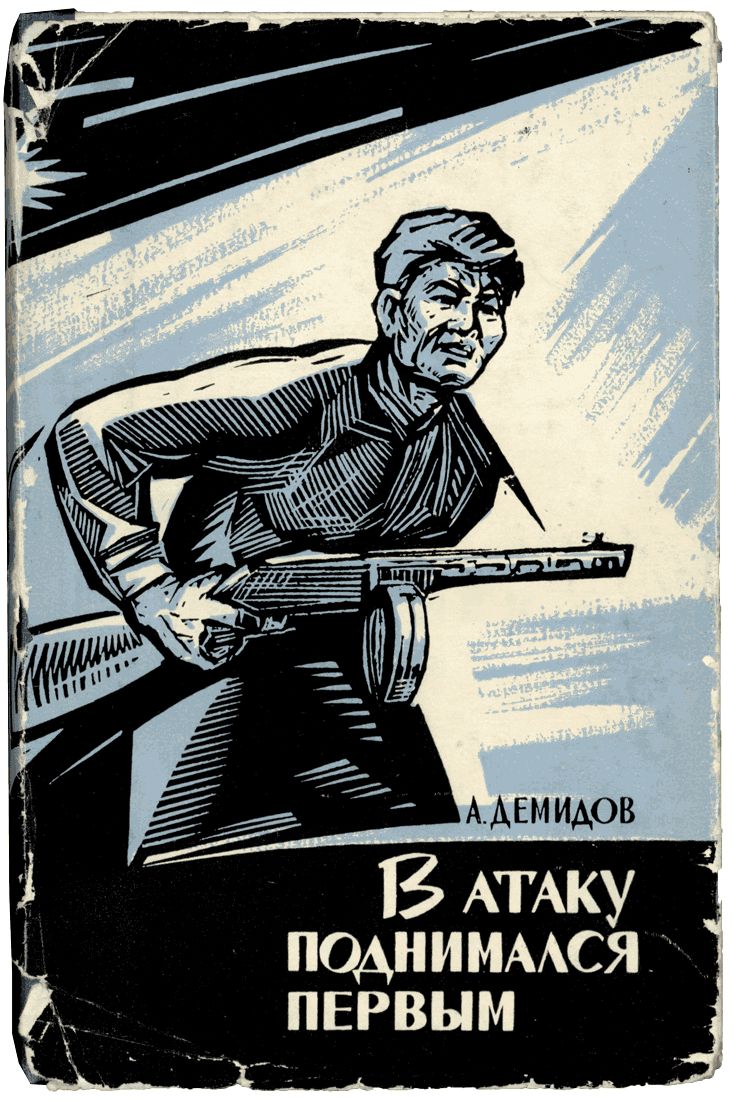 Years passed… Legendary commander Mikhail Khoninov returned home to become a well-known Kalmyk writer and poet. He dedicated his numerous poems and stories to his combat youth, fellow soldiers, with whom he fought against the Nazis on the Belarusian land. 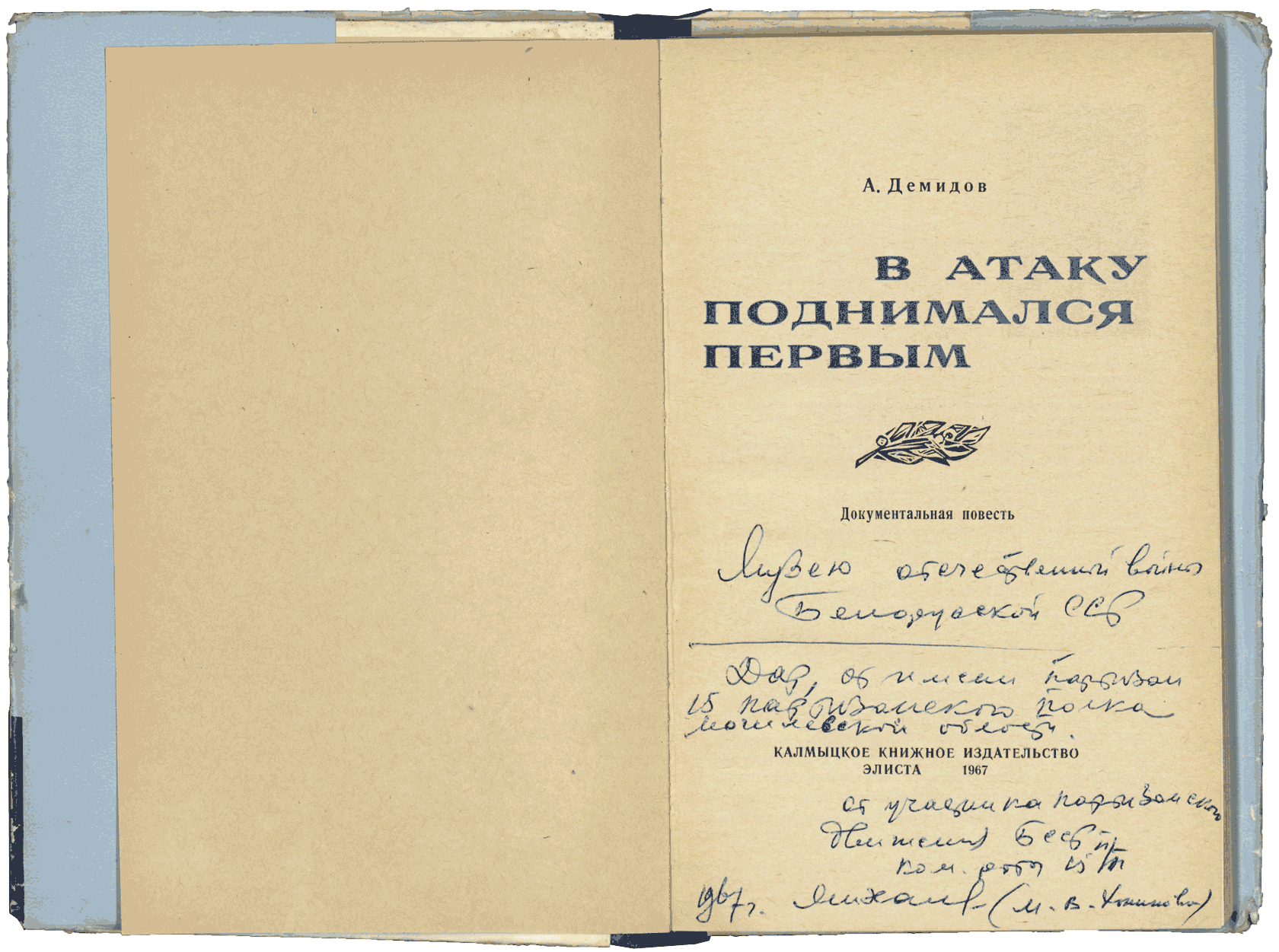 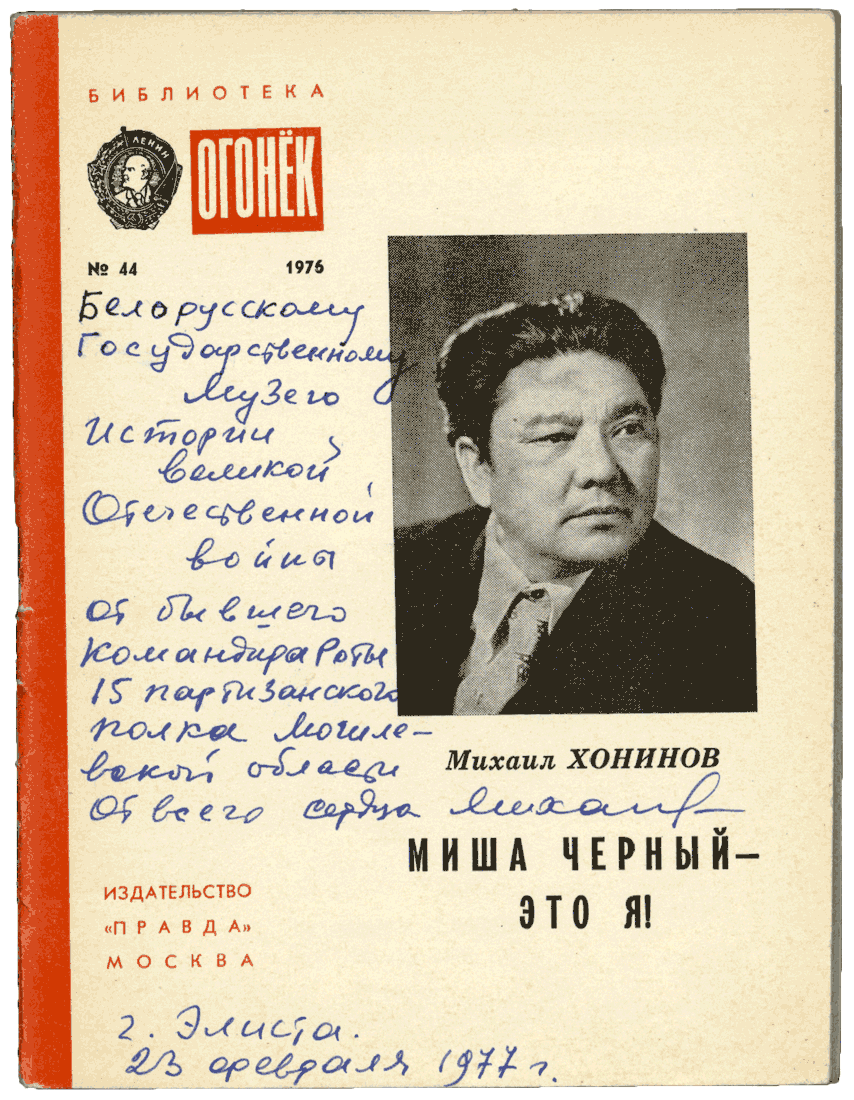 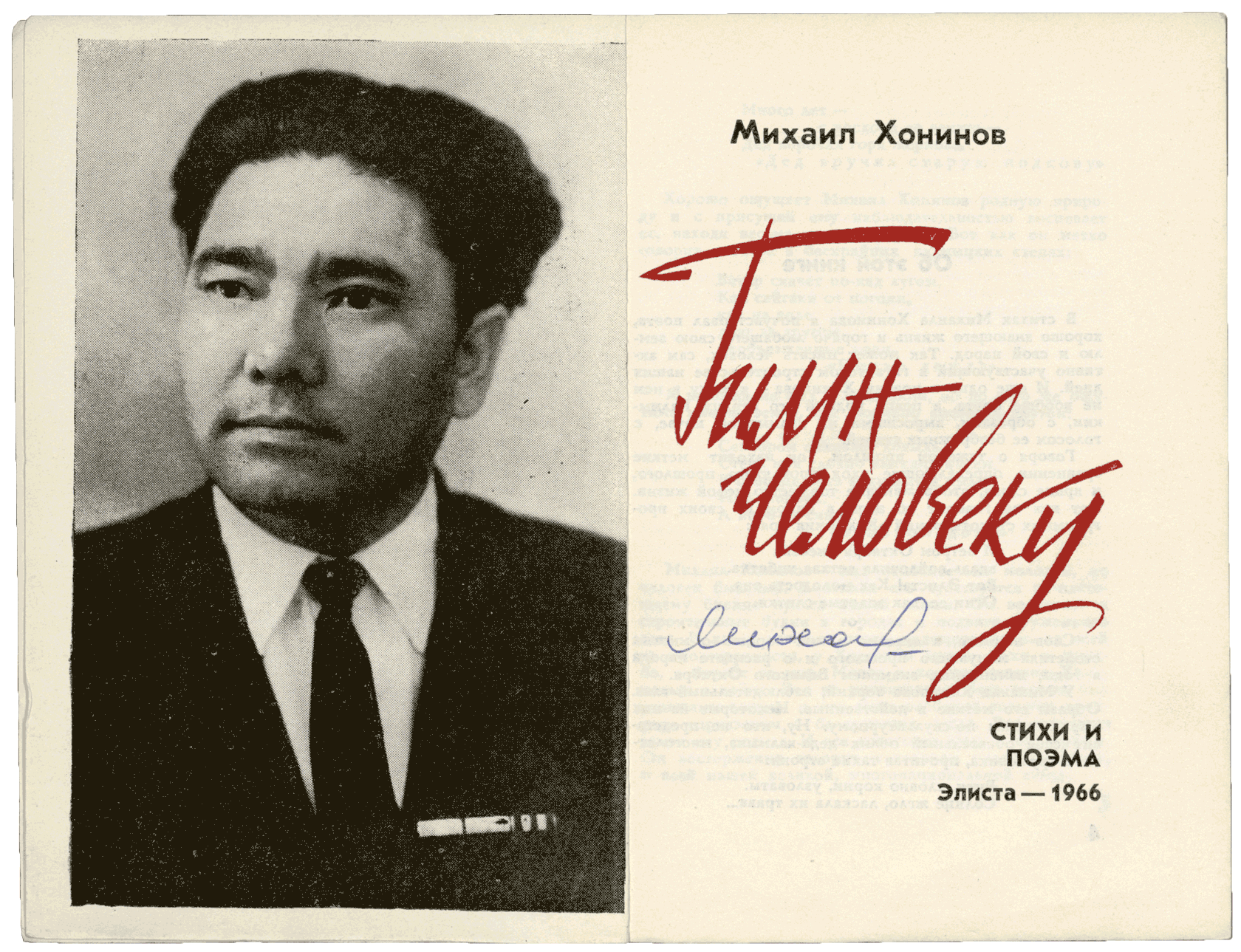